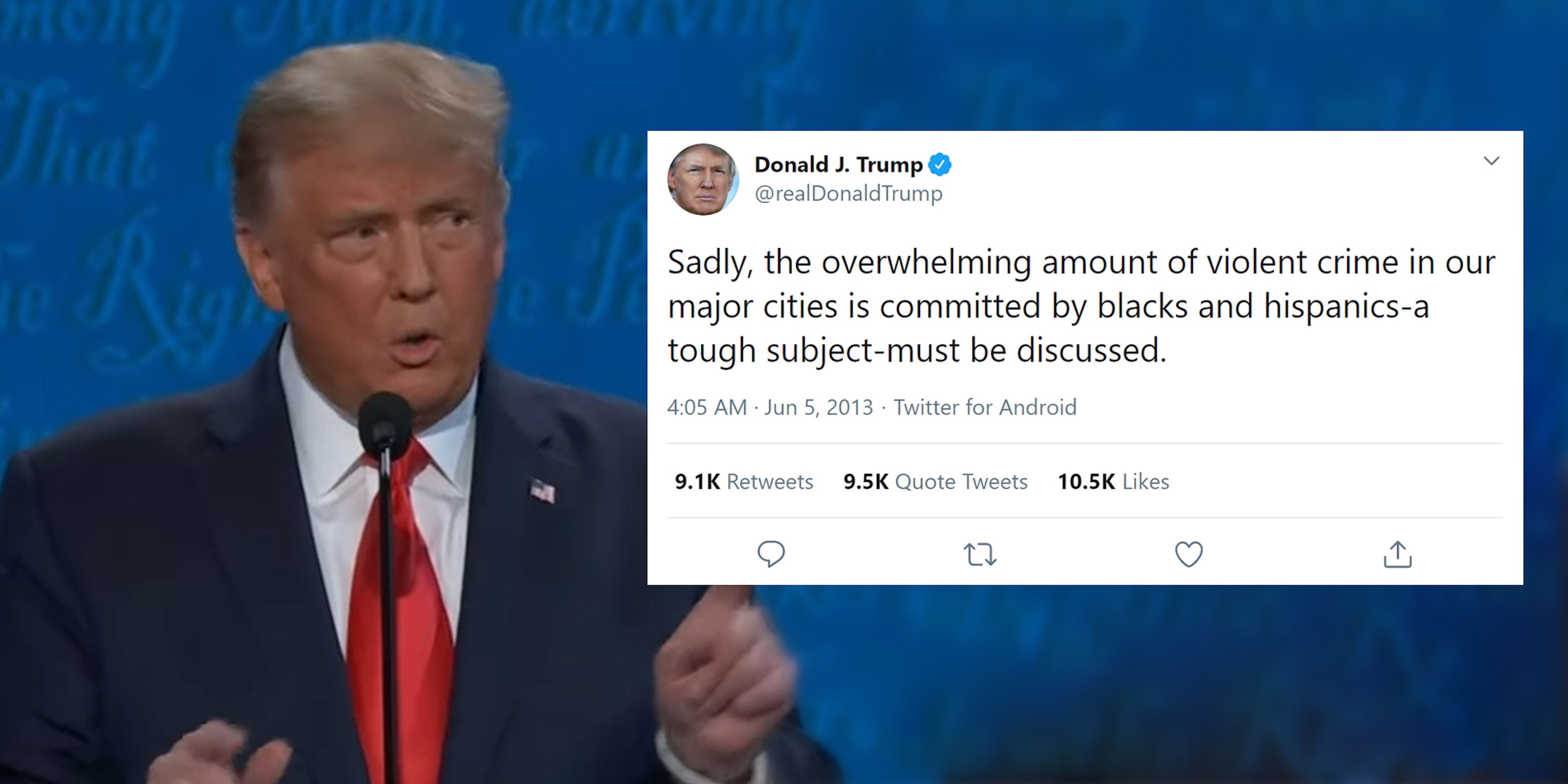 President Donald Trump claimed during Thursday night’s debate that he was the “least racist person in the room.” People are pointing to one of his old tweets to argue otherwise.

Trump made the claim during his face-off against Democratic nominee Joe Biden when asked to respond to Americans who believe his rhetoric contributes to “a climate of hate and racial strife.”

Following Trump’s “least racist person” claim, Twitter users unearthed a damning 2013 tweet in which the president blamed the majority of violent crime in the United States on people of color.

“Sadly, the overwhelming amount of violent crime in our major cities is committed by blacks and hispanics-a tough subject-must be discussed,” Trump tweeted on June 5, 2013.

The tweet has received a slew of new engagements, and as of Friday morning has accumulated 9,100 retweets and 9,500 quote tweets. Many people juxtaposed Trump’s old tweet with last night’s “least racist person” claim and noted his reluctance to pin violence in the United States on white extremist groups.

“Sadly the overwhelming amount of violent crime in the US is committed by white supremacists with guns – a tough subject – must be discussed,” @CinemaDoll90 wrote in response to Trump.

“‘I’m the least racist person in the room’ would like to have a conversation with this tweet,” @thelonestardiva replied.

Other people struggled to understand why Trump doesn’t delete his tweets.

“Why don’t you have anyone on your team delete this shit for you?” @omarimcneil tweeted. “Like this is level one of PR. You’re too corrupt to be still stumbling over the basics.”

For now, deleting problematic old tweets proves a bridge too far for the Trump administration, and as the president’s “Black and Hispanics” tweet made the rounds again last night, many people echoed a refrain that has become commonplace over the last four years: There’s always a tweet.