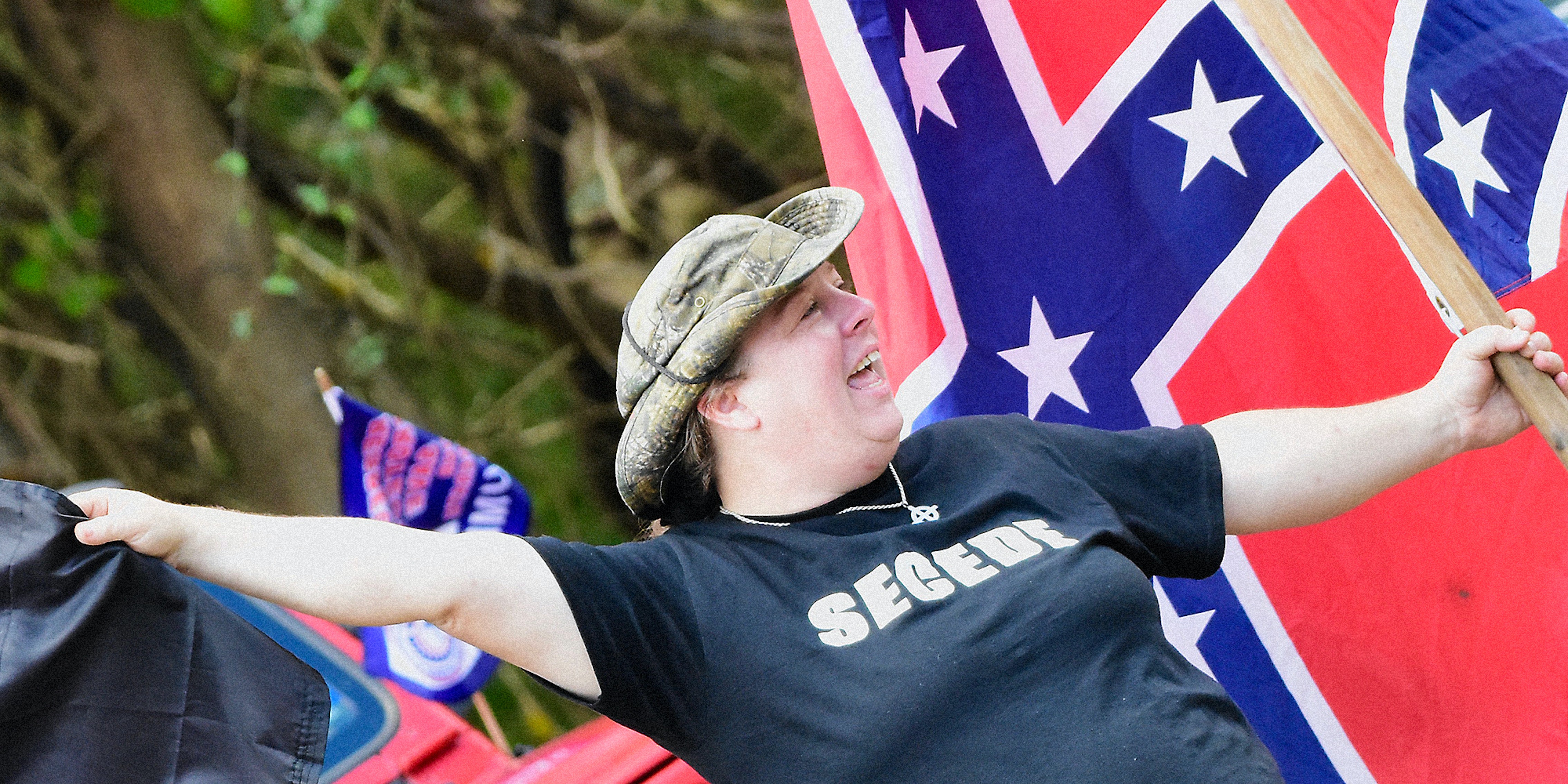 GoFundMe criticized for letting a ‘neo-Confederate’ use its platform

The fundraiser for Jessica Reavis was removed after the Daily Dot contacted the company.

For over a year, a member of the League of the South, a pro-Confederacy group, was using GoFundMe to raise money to pay the lawyer in her criminal case.

Jessica Reavis was convicted of a misdemeanor for illegally carrying a firearm during a protest in North Carolina. She turned to GoFundMe in the hopes of raising $10,000 to appeal the conviction.

After the Daily Dot contacted the company, GoFundMe removed the fundraiser and barred Reavis from using the platform in the future.

“This fundraiser created by Jessica Reavis violates our terms of service and has been removed from the platform. She has also been banned from using the platform for future fundraisers,” a GoFundMe spokesperson told the Daily Dot.

“We have a zero-tolerance policy for spreading hate, discrimination, and intolerance of any kind and continue to enforce our terms of service,” they added.

According to the Southern Poverty Law Center, Reavis belongs to the League of the South, which describes itself as “a southern nationalist organization.” The SPLC labels it a neo-Confederate hate group.

The Daily Dot was unable to obtain contact information for Jessica Reavis.

The League of the South opposes immigration, beatifies the Confederacy, and advocates forming an autonomous, patriarchal, Christian society in former Confederate states. Its website includes content about the “Islamic invasion,” blood purity, “emasculated metrosexuals,” and Marxism.

Like many likeminded organizations, the League of the South is also aggressively pro-gun.

Reavis is reportedly a national officer with the group, and has participated in many of its activities, such as “white pride” marches and the deadly Unite the Right rally in 2017.

She was charged with the weapons violation at a protest over the removal of a Confederate monument.

On GoFundMe, Reavis claimed she was fighting for Second Amendment rights and to expose judicial bias.

The fundraiser recently caught the attention of people on Twitter who questioned why GoFundMe was allowing her to use the platform.

“Hey @gofundme – this woman traveled to my town in North Carolina from Virginia with a loaded pistol intending to harm people who disagree with the ideals of SPLC-designated hate group League of the South, which wants a white ethnostate,” tweeted @NeolithicSheep.

“Is that who you want on your platform?”

It also bars fundraisers “for the legal defense of alleged crimes associated with hate, violence, harassment, bullying, discrimination, terrorism, or intolerance of any kind relating to race, ethnicity, [and] national origin.”