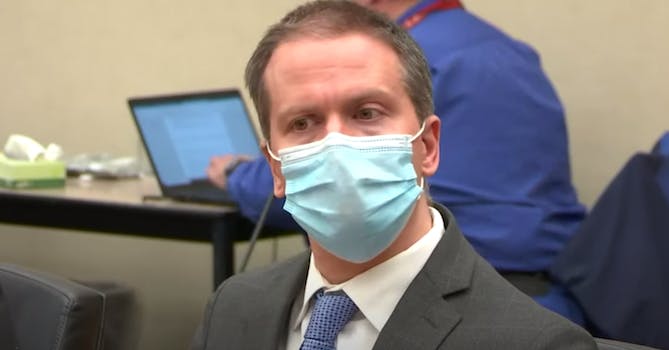 Chauvin's conviction could be a landmark first in policing.

In a landmark verdict that could shape the future of policing in America, former Minneapolis police officer Derek Chauvin was found guilty in the death of George Floyd.

Chauvin was arrested and charged last summer after kneeling on Floyd’s neck for over 9 minutes, videos of which sparked the largest civil unrest the nation has seen since the 1960s.

Throughout the course of the trial, numerous police officers testified that Chauvin’s actions were out-of-line, a remarkable instance of police turning on their own for their actions. Keith Alexander, a reporter for the Washington Post, called the number of officers who testified “unprecedented.”

Chauvin becomes one of the first police officers ever convicted of an extrajudicial killing while in the line of duty. Numerous officers have been acquitted or never tried for the actions, including the officers involved in the death of Eric Garner in New York City and Michael Brown in Ferguson, Missouri.

During the trial, Minnesota faced another police killing, when a police officer outside of Minneapolis shot and killed Daunte Wright. That officer, Kim Potter, has already been charged.

It is likely Chauvin will appeal the decision.

Chauvin’s sentencing is slated for 8 weeks from Tuesday. His bail was revoked, and he was remanded to custody immediately after the verdict.