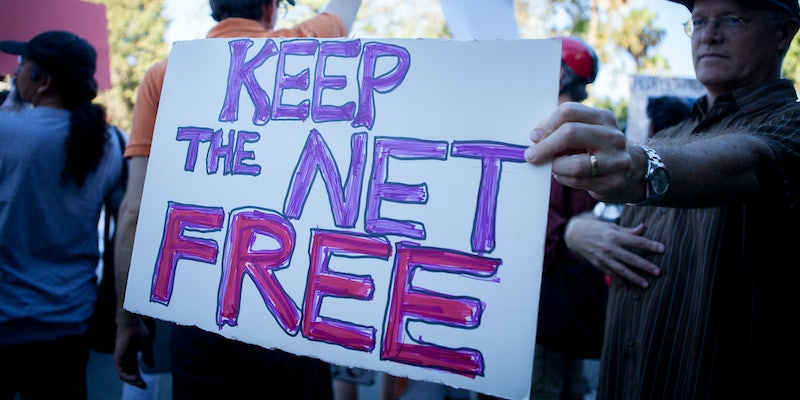 The law has been subject to a years-long legal battle.

California’s law, which has been hailed as a “gold standard” for states to follow in the absence of net neutrality rules at the federal level, has been mired in a legal fight since it was passed in 2018.

Friday’s decision from the 9th Circuit Court of Appeals in San Francisco came after California defended it law, known as SB-822, against trade groups during oral arguments last September. The trade groups appealed a decision from last February where a district court judge denied their request to issue a preliminary injunction against the law.

Before that, the law faced pressure from the Department of Justice—then under the Trump administration—which joined the trade groups in suing California over the law shortly after it passed in 2018. Both the state and those challenging the law agreed to halt their lawsuit until a major net neutrality legal battle, Mozilla v. FCC, was decided. When that decision came down in 2019, the Justice Department and trade groups restarted its attempts to block the law.

However, shortly after President Joe Biden took office, the Justice Department withdrew from the lawsuit.

The trade groups had argued that the federal government preempted states from creating and enforcing their own net neutrality laws as part of the Federal Communications Commission (FCC) repeal of the Open Internet Order, while California argued the validity of its legal grounding.

On Friday, the Court of Appeals found that the district court in February “correctly denied the preliminary injunction.”

The ruling was hailed by public interest groups, net neutrality advocates, and more on Friday.

“When the last Administration rolled back #NetNeutrality rules, states stepped into the void and put in place their own policies. Today the 9th Circuit upholds California’s effort. It’s good news. I support Net Neutrality and we need once again to make it the law of the land,” FCC Chairwoman Jessica Rosenworcel tweeted.

Meanwhile, John Bergmayer, the legal director at Public Knowledge, called the ruling a “major victory for internet users in California and nationwide.”

“The court rightly found that when a federal agency determines that it has no authority over a service, it necessarily also loses the ability to preempt state laws on that topic. This means that California’s excellent broadband consumer protection law, SB 822, can go into effect,” Bergmayer said in a statement, adding that when the FCC is finally fully staffed with five commissioners, it should restore net neutrality rules that are “at least as strong” as California’s.

Similarly, Andrew Jay Schwartzman, the senior counselor for the Benton Institute for Broadband & Society, said that decision had “national significance.”

“Several states that have followed California’s lead in adopting network neutrality policies are facing similar challenges claiming that federal law preempts such requirements. Today’s well-reasoned, unanimous opinion will likely assist in the defense of those lawsuits,” Schwartzman said in a statement.