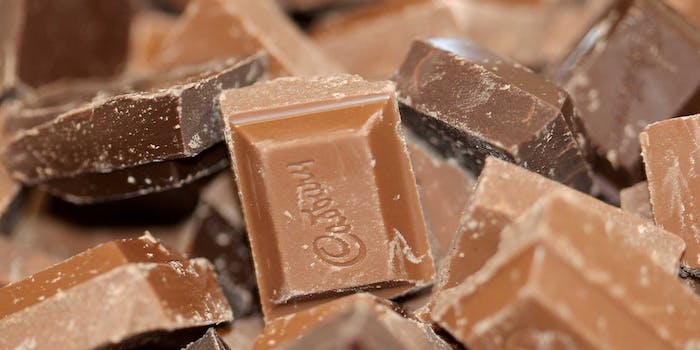 Is your Facebook more of a peppermint, or a hazelnut?

Is your Facebook profile hiding the secret to your most deeply-held chocolate desires? Cadbury thinks so. The company behind the creme-filled eggs that pop up on convenience store shelves every Easter has invented a vending machine that connects to your social network account and matches you with a flavor of chocolate best-suited for your personality.

The Joy Generator, as Cadbury calls it, requires a Facebook login in order to do the matching magic, but once you’ve entered your name and password, the machine begins crunching numbers. It weighs things such as your “likes” and updates in a mysterious algorithm that results in a chocolate recommendation.

It seems like a cool concept, though it could also be completely random and we’d never know the difference. Seriously, Cadbury could just be spitting out some random piece of candy and pretending it customized the confection according to your stupid Facebook history.

But it probably doesn’t matter much; you’ll probably never have to worry about running into one of these Facebook-powered candy dispensers in the wild. The whole thing was likely a one-time publicity stunt (and it was spotted in Sydney, Australia, so good luck trying to track it down).

It looks like you’ll have to pick your own chocolate bar after all. Maybe someday we can live in a world where our online profiles are analyzed to deliver personalized food. We can only dream.