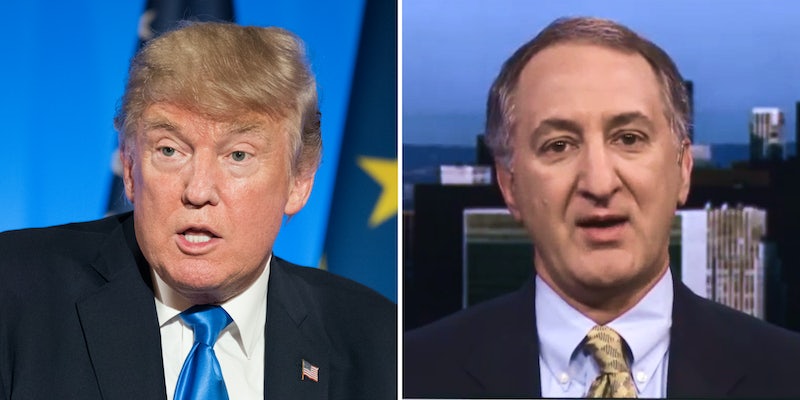 The raid is being seen as politically motived given the judge's history.

The judge who signed off on the FBI raid of Donald Trump’s Florida mansion previously represented employees of Jeffrey Epstein, a fact seen as evidence among conservatives that the raid was politically motivated.

On Monday, federal law enforcement agents served a search warrant at Mar-a-Lago as part of a probe into whether the former president took classified records from the White House. FBI agents reportedly left with 15 boxes worth of material after searching the mansion. In a lengthy statement on Truth Social, the president also accused the FBI of breaking into a safe.

The incident was immediately seen by conservatives as proof of a grand conspiracy to stymie a potential 2024 presidential run by Trump, while critics of the former president argued that the raid was more than justified given numerous reports regarding Trump’s mishandling of classified materials.

The raid is now receiving even more pushback after it was learned that the judge who approved the raid, Bruce Reinhart, previously defended numerous employees for the deceased pedophile billionaire.

Although it has not been confirmed, several outlets have reported that Reinhart was the likely official who signed the warrant. However, the warrant was presented to the judge by the FBI. Whichever judge signed it was not behind the decision to raid Mar-a-Lago, but simply confirmed the FBI could do so.

Reinhart represented some of Epstein’s staff, including a scheduler and pilots for the infamous Lolita Express, after leaving his position at the U.S. Attorney’s office in 2008 to set up a private legal firm. The judge was also accused in a lawsuit at the time of breaking Justice Department’s policies by using information from his previous government job to aid his work as a private attorney.

Although Reinhart denied the accusation, the judge’s former supervisors at the U.S. Attorney’s Office said that “he learned confidential, non-public information about the Epstein matter.”

Political donations made in the past by Reinhart, which included a donation to Barack Obama in 2008 and to Jeb Bush in 2015, were also seen as proof of the raid’s political motivation.

That the judge represented some of Epstein’s clients was instant fodder to the QAnon crowd, who believe Trump is waging a war with the pedophile elite. Although Trump has his own ties to Epstein, conspiracy theorists have long pitted him in opposition to Epstein, and thus used the judge’s ties as proof that the deep state is indeed out to get the former president.

According to the Daily Mail, however, the warrant applications did not disclose that Trump was the intended target. The raid is also less than surprising given the fact that the National Archives and Records Administration said it had received 15 boxes of records, which included classified information, from Mar-a-Lago just last year.

Supporters of the former president and Trump himself have also argued in response that other high-level government officials have been held to a lesser standard regarding the alleged mishandling of classified material.