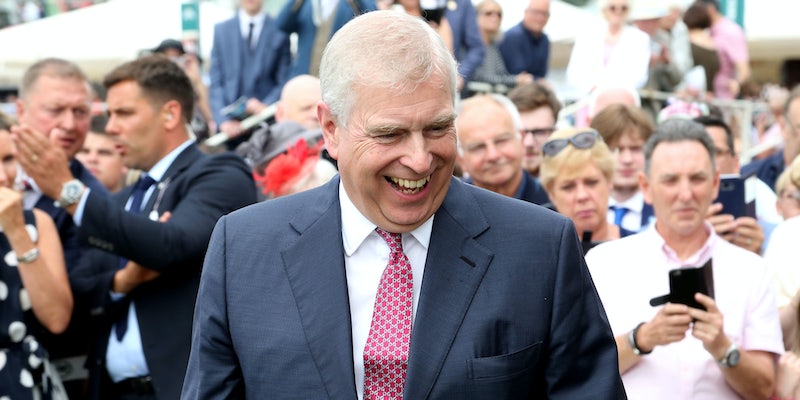 Some are a little far-fetched, however.

On Tuesday, Ghislaine Maxwell was sentenced to 20 years in prison for conspiring with Jeffrey Epstein to sexually traffic underage girls. For many, particularly those who felt Epstein’s death enabled him to avoid accountability, Maxwell’s sentencing felt like long-awaited justice.

For many, Maxwell’s conviction isn’t nearly enough. They’ve got a taste for justice and they want more. The internet is crawling with rumors about who’s next. Prince Andrew, Duke of York is a favorite target, though he is one of many whom people are speculating will be investigated and potentially arrested next. But while some of the theories are rooted in facts; others spreading online are plainly false.

Prince Andrew’s ties to Epstein and Maxwell have been well established. Earlier this year, he paid a multimillion-dollar settlement in a civil suit brought by a woman who said she was victimized by the prince after being trafficked by Epstein and Maxwell.

Attorneys representing the pair’s victims actually said that United States authorities “will be looking into” Prince Andrew following Maxwell’s sentencing. Even if the Federal Bureau of Investigation does investigate the royal, it’s highly unlikely that he will be hauled before a court in the United States, as the United Kingdom would have to agree to allow the U.S. to extradite the queen’s son for this to happen.

Conspiracy theorists are nevertheless atwitter about the possibility that Prince Andrew will be prosecuted. Fringe publications that cater to this audience wasted no time publishing articles speculating about this possibility. Such stories circulated widely on platforms popular with conspiracists, such as Telegram and Truth Social.

Others speculated about a laundry list of potential co-conspirators soon to be investigated and/or charged. Some of these are public figures with previously reported links to Epstein, such as former President Bill Clinton.

Posts online highlighted just how few people have been charged.

Still others are offering widely off-base theories, going after people and entities who had at best a passing association with either Epstein or Maxwell, or no association whatsoever, such as Disney.

One theory holds that Disney is somehow entangled in the scandal because it’s offered snorkeling tours in the vicinity of Epstein’s notorious private island. Another concludes that the company is involved because Maxwell supposedly hosted a Disney event in 1985.

The Disney theories only get wilder from there. “Why are Disney theme parks located near the ocean?” wrote one.

As the Associated Press reports, Disney’s snorkeling tour didn’t actually stop at the island; it included its name as a geographical reference to give people an idea of where they’d be snorkeling. “The island, as well as another location, were included in the description of a third-party tour so that participants could identify the areas where snorkeling would be available,” Disney told AP in a statement.

Further, Maxwell didn’t host an event for Disney. She reportedly did once present a check to a charity at a Disney-themed event.

A thoroughly debunked claim against a woman that can be traced back to Q, the anonymous poster who gave rise to QAnon, has also resurfaced in the aftermath of Maxwell’s sentencing. A 2019 Daily Dot investigation found no evidence to support the allegation that the woman had any connection to Epstein or Maxwell. However, people online are sharing her picture again in the wake of Maxwell’s conviction, using her to tie Clinton to Epstein.

Snopes noted that their so-called evidence—a single photo of the woman with Clinton—wasn’t taken inside Epstein’s plane, as they claim. Clinton, however, has other proven ties to Epstein.

Whether justice will truly be served, or just Maxwell will serve time, remains to be seen.