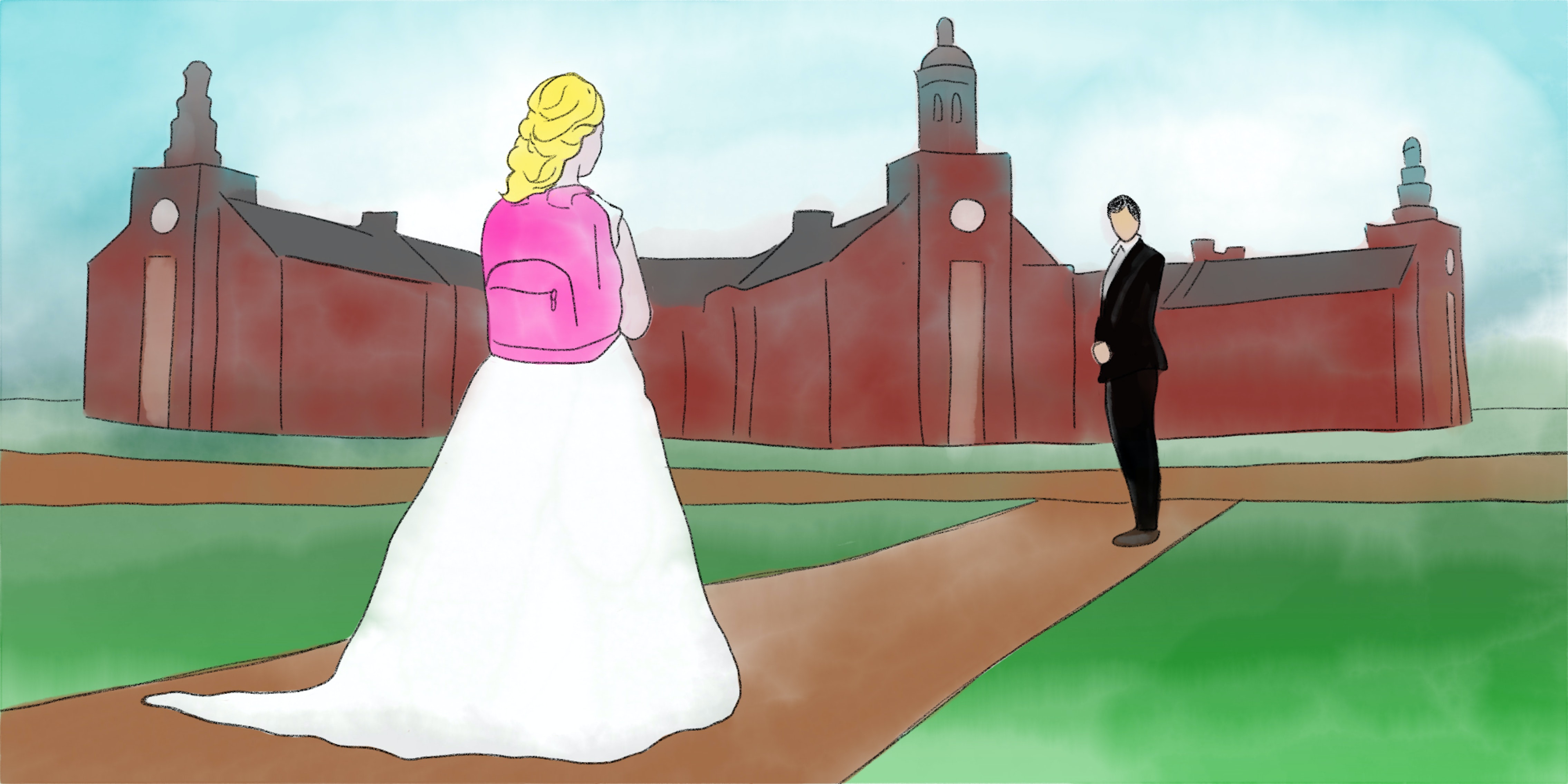 'Digging their heels in the sand.'

For some women, a ring by spring is a welcome surprise.

“I won’t be one of those Bible college students that gets a ring by spring,” TikToker Macayla Redmon boasted about her past self. But in the video’s second frame, she flashes a silver engagement ring and a big smile.

“Every Christian college needs those girls who get engaged their senior year and perfectly fulfill the ‘ring by spring’ stereotype they swore they wouldn’t fall into freshman year,” TikToker Shayna Webb posted in January.

“I absolutely love my life and can’t wait to get married. But I did fulfill Lee University’s stereotype,” Webb added.

For others, a ring by spring is something to avoid entirely.

“Me buying a $25 wedding ring at CVS so nobody at BYU bothers me,” TikToker Lily Smith said in March. According to her comments, she planned to transfer after finishing the school year.

TikToker Mary (@lifeofmary47) shared a video describing an incident at a graduation networking event at Abilene Christian University, in which an older man approached her and asked if she was dating someone. When she told him no, he replied, “What are you doing? You need to get married.”

Every year, young women at Christian colleges and universities across the country engage in the “ring by spring” phenomenon, hoping for a diamond on their finger by the end of their last spring semester. At these schools, nearly twice as many female students than male students rush to tie the knot, underscoring a strong gender component to ring by spring culture, according to Whitworth University professor Stacy Keogh George.

As society continues to lean away from marriage—U.S. marriage rates experienced a relatively steady decline since 1970, the Centers for Disease Control and Prevention found—Christian colleges are clinging to tradition. Marriage is a cornerstone of the faith upon which many of these Christian college curriculums are founded.

“A lot of Christian institutions right now are freaking out because they feel like they’re losing the culture war,” TikToker and co-host of “Evangelicalish” podcast April Ajoy said. “They want to push marriage on young Christian couples, because then those people, in their minds, will reproduce and birth more Christians that can keep these institutions running.”

But for some students, securing a ring by spring is easier said than done. There is a certain “competition of resources” due to higher numbers of female students than male students at many Christian schools, according to George.

“Women are trying to find a spouse because social standards say that women need to be married in order to have social status,” George said. “And for men, it’s almost this grandiose identity if you’re a bachelor for ‘X’ number of years.”

According to George’s book Ring by Spring: Dating and Relationship Cultures at Christian Colleges, schools belonging to the Council for Christian Colleges and Universities became a bastion for “traditional structures” in the 1960s and 1970s as a counter to the more progressive society emerging at the time. These structures included marriage between a man and a woman.

“The intensity and focus on forming relationships is a pervasive theme across Christian college campuses,” George wrote. “Schools incorporate traditions that are remarkably heteronormative, and built on the anticipation of romantic relationship formation.”

In a column for The Whitworthian, Whitworth’s student newspaper, student Grace Uppendahl wrote that “ring by spring is built off the idea that women have little to no value outside of marriage” and said there were numerous traditions reinforcing it across campus.

In one, female students sat in sitting in a circle and passed a lit candle around until it reached an engaged student, who blew it out.

Both Ajoy and her spouse worked for Lee University in Cleveland, Tennessee, until last year. As a college student, she attended three different Christian universities. A variation of ring by spring existed on each campus, often intersecting with strict “purity culture” rules, she said.

She recalled one ceremony where students were made to sign “purity pledge cards, where they checked one of two boxes, affirming their status either as a virgin or as a “secondary virgin.” After each student signed their card, an altar call was held, inviting everyone who “vowed to save themselves for marriage” to come forward.

“You pretty much had to go up, because if you didn’t, everyone would assume—especially if you were a woman—that you were just sleeping around,” Ajoy said.

In this way, purity culture is actively encouraged ring by spring culture on SAGU’s campus. For students hoping to have sex, there seemed to be only one solution: marriage.

“At SAGU, you would get expelled if they found out you had done anything sexual,” Ajoy said. “They were enforcing really strict modesty and abstinence rules and putting pressure on couples to get married that way.”

The effects of this overlap in purity and ring by spring culture can be harmful, Ajoy said.

“Usually, the reason I see people get married so young is because they want to have sex, and they can’t have sex outside of marriage because of all the shame and pressure around it,” Ajoy said. “Then they end up trapped in a marriage that may not even be sexually fulfilling because they didn’t know any better, and they’re told divorce is wrong and bad. I personally know several people that got married really young, maybe lasted for a decade but ended up getting divorced after having kids because they just really didn’t know each other.”

Even without purity demands, other religious universities are finding ways to encourage dating and marriage among their students.

At Brigham Young University, students in the College of Family, Home and Social Sciences can take a course entitled “Preparation for Marriage,” where they study and apply the principles of marriage and family as laid out by the Church of Jesus Christ of Latter-Day Saints.

A 2019 class syllabus included a “14-Day Challenge” assignment in which students were required to “find someone of the opposite sex you have never exclusively dated and ask him/her to go out with you exclusively for 14 days.”

The challenge was included on a list of 68 different “Experiential Activities” that unmarried students could choose from in order to fulfill a 50-point requirement for the semester. A second list outlined activity ideas for married students.

The “14-Day Challenge” was worth 17 points, the most out of any activity on the list. Others included babysitting for five points, charting menstrual cycles for five points and enacting a “DTR” conversation—asking a partner “Is marriage a potential in this relationship?” and setting a timeframe for a decision—for four points.

At Whitworth University, a Presbyterian-affiliated institution, George teaches a course about the sociology of marriage in which students undertake a slightly different version of marriage preparation than those at BYU.

“We look more at statistics and dynamics. It’s not a marriage preparation class, but at the very least it provides information for what it looks like to go into marriage,” George said. “There are ways to teach it that are harmful, and there are ways like I’m attempting to do that take the pressure off but still provide information.”

This class encourages discussion around what’s good and bad about relationships—including marriage—without “assuming that marriage and children in the traditional sense is the next step,” George said.

“Reinforcing social norms and fitting marriage and family into a box can leave a lot of people out of the equation and put a lot of pressure on students,” George said.

George’s research found that 66% of students polled, both female and male, report not feeling confident that they were prepared for marriage despite the pressures of ring-by-spring culture around them.

“A major concern is that students just aren’t ready at this age and are rushing to get engaged because that’s what you’re supposed to do,” George said. “They’re not doing any marital preparation, not going to any premarital counseling, not reading any books or having any sponsored adult to talk to about this.”

“Ring by spring is quite a big stereotype with Christian colleges,” Redmon said.

But, she still met her husband through mutual friends just two weeks after their freshman year began.

“I actually entered my freshman year saying I would never date again,” Redmon recalled. “I definitely didn’t want to be someone who felt like they had to be engaged or married just because everyone else was. I wanted it to happen in God’s perfect timing.”

“Ring by spring culture definitely plays a part at Ozark. It’s something funny that Hunter and I joke about, but we were some of the last of our friends to get married. We dated longer than any of them,” Redmon said. “We didn’t want to get married just because everyone else was.”

But some women never have the chance despite the pressure at college, according to TikToker Cindy Noir—namely women of color.

“A lot of us non-white women also wanted to find our husbands or partners in college, but we lacked the expertise on how to strategize,” Noir said. “When I was in college watching all these white girls dating so quickly, a part of me was a little envious because I wish I’d had that opportunity. But those same white girls are now either divorced or hate their marriage, and it makes me wonder if it’s really an effective way to find a partner.”

She sometimes thought about finding a man to marry while finishing her degree, but it felt exceedingly difficult to achieve as a Black woman at a predominantly white institution, Noir said.

“[People of color] are socialized more to focus on graduation and excelling in our academics. It’s frowned upon for us to have relationships as a high priority when we’re in college because for a lot of us, it’s expensive to go to college and we don’t want to ‘waste that money’ worrying about things that don’t matter,” Noir said. “But there was a definite emphasis on partnerships for white women.”

Ajoy is still feeling the effects of that particular emphasis and the tangle of purity culture and ring by spring tradition she endured in college.

“I was 26 when I got married. We honestly probably got married young, too. And we got married because we wanted to have sex,” Ajoy said. “For the first several years of our marriage, I thought I was being used and felt like an object. I felt like I had to have sex with my spouse if they wanted it because that’s my wifely duty, no matter how I felt.”

Sex before marriage is considered immoral in some sects of Christianity, but even after marriage a certain shame persists for some couples. At BYU, Professor Tammy Hill teaches a course entitled “Marriage Enhancement” for any couples who are married, engaged or seriously dating. Sex is a topic that is read about and discussed in-depth with the goal of helping couples to “relate sexually in a more fulfilling way,” according to the course syllabus.

These lessons do not appear to be made available to unmarried students in BYU’s “Preparation for Marriage” course, reinforcing the notion that sex outside marriage or commitment is still prohibited.

For Ajoy, sex before marriage was at first a statement, and later a source of intense guilt.

However, actively shedding ties has helped. The pressures shaped her life for so long, Ajoy said, “but I’ve unlearned a lot. I’m in a much healthier place now.” 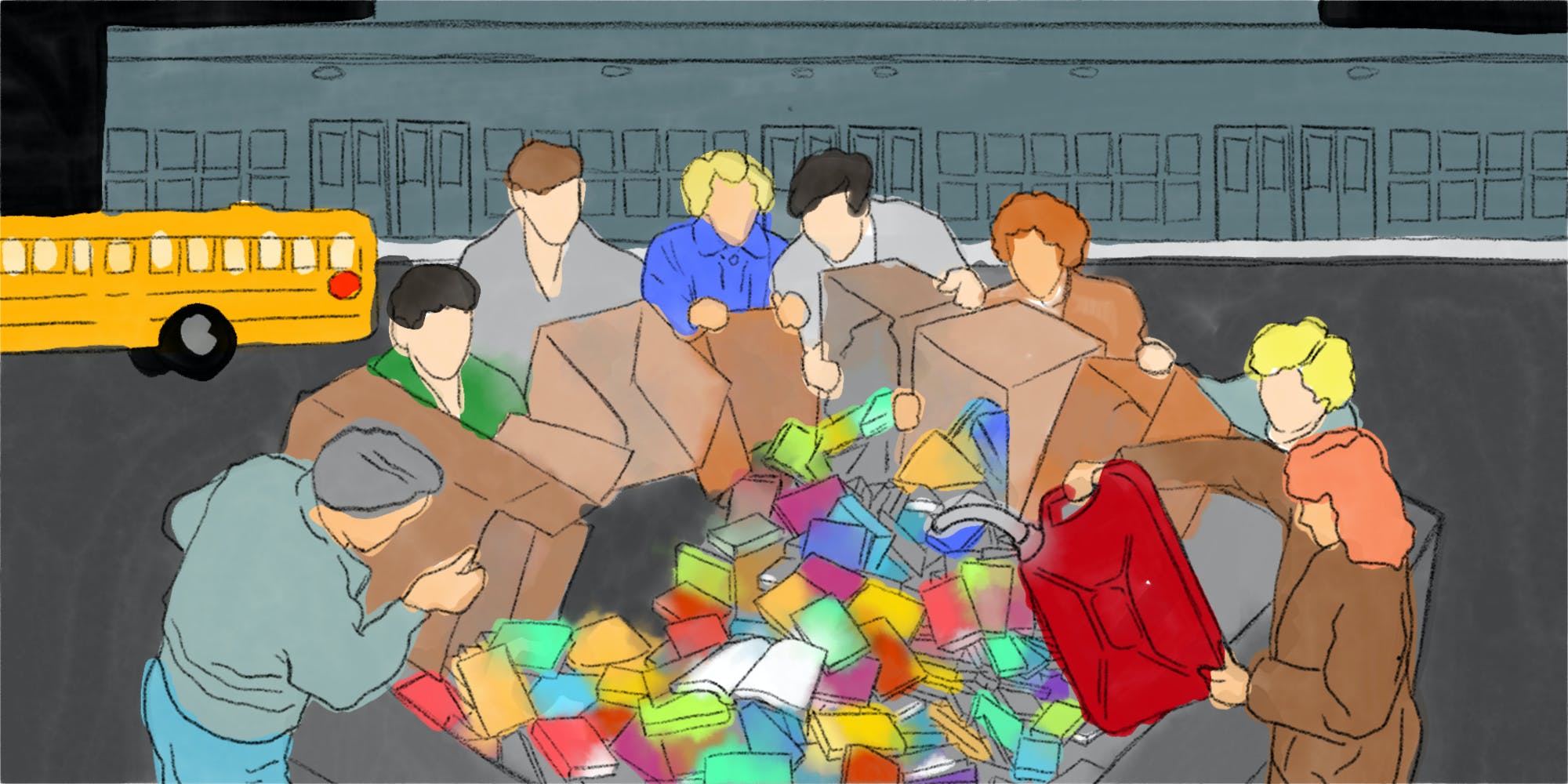 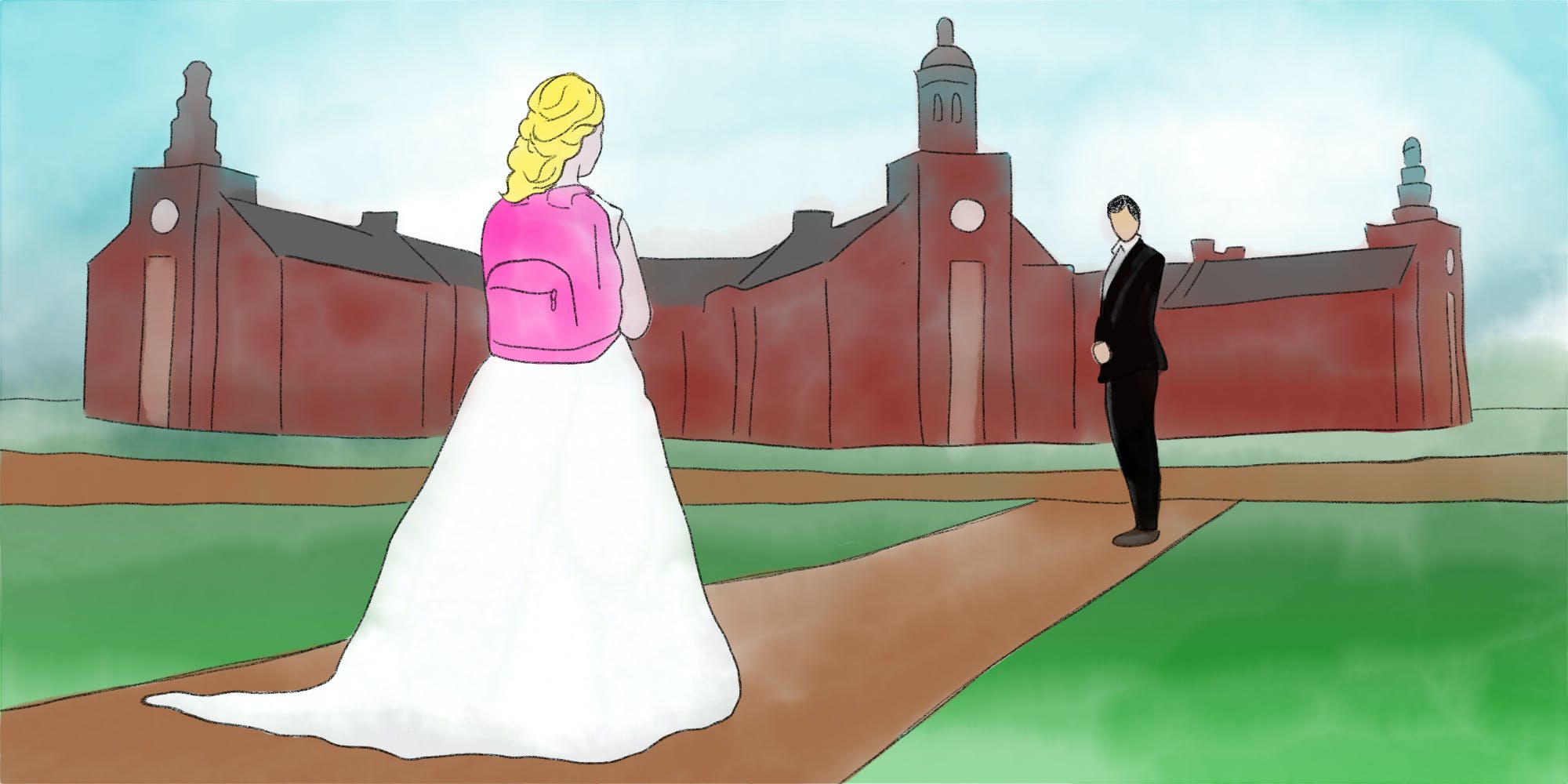 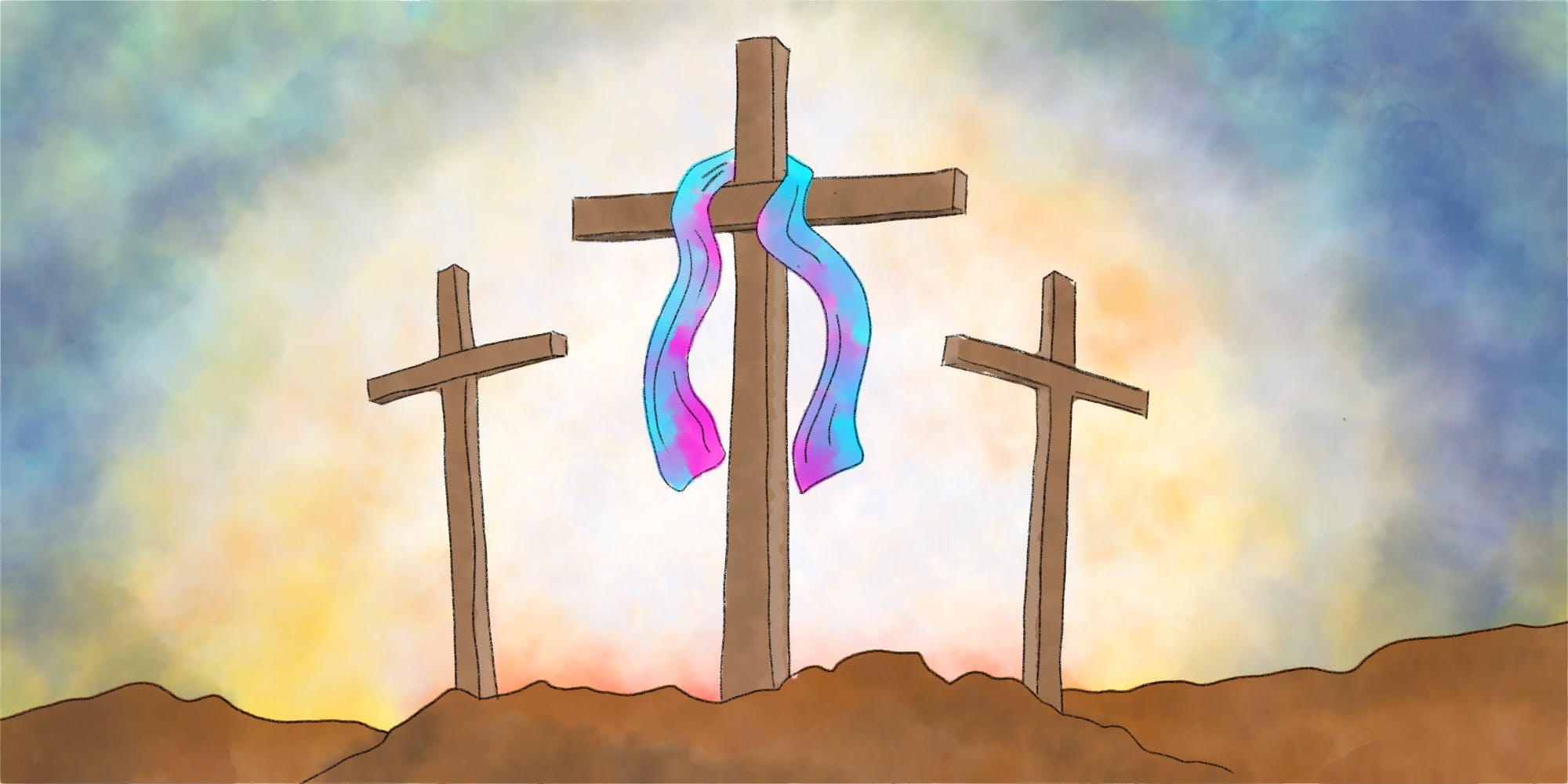 Maya Wray is a Fall 2022 FOIA intern for the Daily Dot. She is currently a senior at the University of Texas at Austin, where she studies journalism in the Moody College Honors Program. She has written for the Daily Texan and the Austin Chronicle.