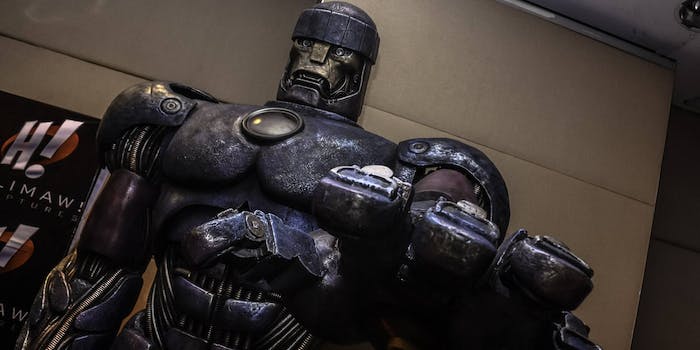 Boston Dynamics is the super-secretive robotics company owned by Google.

Boston Dynamics is the home of a small army of mind-blowing robotics projects—and that’s just with the stuff they let us see.

The secretive robotics company owned by Google is perhaps best known for its spooky self-balancing robots that resemble humans and four-legged animals, and now we have another glimpse of one in the literal wild.

At the Fab Lab Conference and Symposium in his company’s hometown of Cambridge, Massachusetts, Boston Dynamics founder Marc Raibert presented new clips of the company’s latest robotic creations, including one of a bipedal robot navigating outside terrain.

The video showcases Atlas, one of the outdoorsier models in the Boston Dynamics stable. Atlas is a well-balanced, rugged robot packing “28 hydraulically-actuated degrees of freedom… an articulated sensor head [that] includes stereo cameras and a laser range finder,” resulting in an uncannily human range of movement.

Atlas is just one of many impressive projects at Boston Dynamics. The iconic robotics company rose to public prominence by releasing videos of its creations in action on YouTube, showing them walking autonomously, carrying big loads, and even taking an unexpected impacts while remaining upright and operational.

Boston Dynamics is already building state-of-the-art humanoid robots at a time when it is far more practical to build easily balanced quadruped robots. A recent two-legged robotics project at MIT will be redeveloped into a four-legged machine for exactly this reason, but it’s no matter: the robotics company’s humanoid robots are already steady as a rock.

Improved balance will paramount for the robotics applications of the future. Machines may one day autonomously save lost hikers in the mountains or carry gear for the military through sandy deserts, and Boston Dynamics is doing the research making this stuff possible today.Their balance only stands to improve as they are made on larger and larger scales, which may be important in creating effective balance for humanoid robots. The bigger the human form is, the more stable and resilient its balance becomes.

Now the insane scale of the fictitious Sentinels from the X-Men comics makes more sense—any smaller, and those flying, fighting robots might have tipped over more easily. 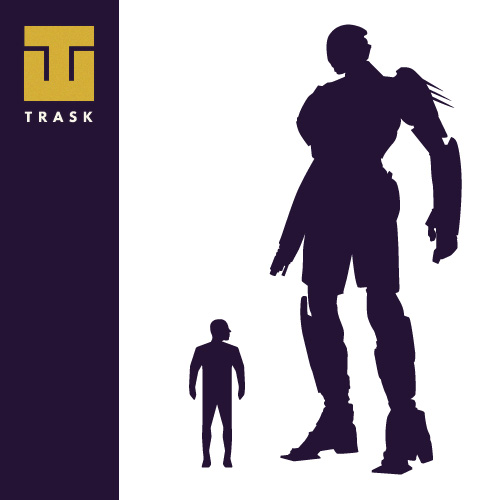