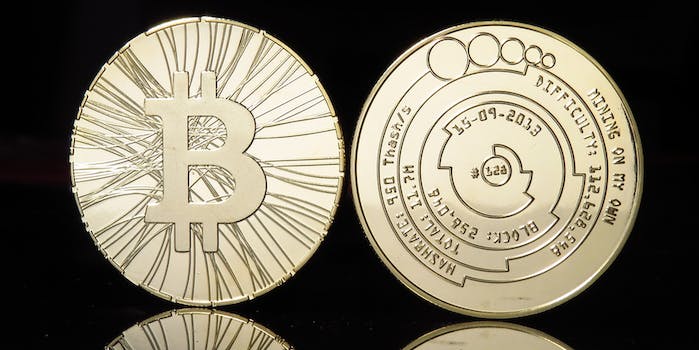 How to get Bitcoin? How about a kick to the face!?

Love Bitcoin and blood sport? Then have we got the event for you! The inaugural “Bitcoin Fighting Championship” at London’s O2 Arena brings together eight British and European kickboxers to fight for £5,000 worth of the digital currency. According to the promoter, former wrestler and cage fighter Patrick Carroll, the crowdfunded event will be the first ever unification of the Bitcoin community and the world of martial arts.

Today Keiser released a video of a supposed “fight” on the set of his TV show, Keiser Report, between himself and fake Dimon. Floyd Mayweather it was not.

Given Keiser’s acting skills—and considering the event is financed through Max’s new crowdfunding site, Start Join—these shenanigans are about as believable as his recent claim that bitcoins will be worth a million dollars each in the near future.

The promoters claim Bitcoin and blood sports are meant to be together. “We love Bitcoin and the power it gives ordinary people to achieve their financial independence,” says the website. “We are also passionate about combat sports.”

So if you’re in the London area on Saturday, April 5, make sure you strike a blow for economic freedom by watching men commit felony-level assaults for virutal money. Last man standing wins freedom from the corrupt banking system.