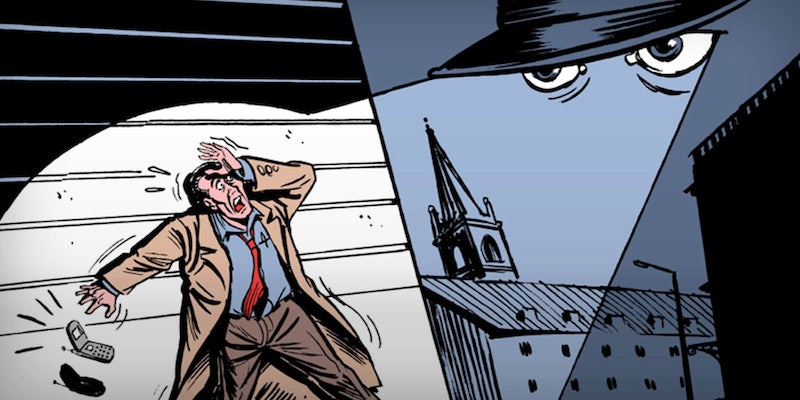 The copyright wars are moving to real-time.

AT&T has developed new technology to detect and block file-sharing software, as well as track which customers are using it.

According to a patent awarded to AT&T on Nov. 19, the company intends to monitor the online behavior of its customers, evaluate usage patterns and assign them “scores” which places users into varying “risk classes.” Once a user’s activity is categorized, the company can respond in a number of ways, including blocking the transfer entirely.

The company contends that, as network technology has expanded, and online access has become a fixture in most households and businesses, the opportunities for “unscrupulous users and/or activities” has equally increased.

“Many users may fall victim to exploits and/or malicious schemes of undesirable elements on the Internet, such as, for example, hackers,” the patent explained. “In some instances, hackers may be capable of surreptitiously hijacking a user’s personal computer and using it for fraudulent purposes.”

Protecting a customer’s personal information isn’t AT&T’s only motivation behind the system, however.

According to the patent, AT&T might implement this system to protect customers from hackers, whom they claim are hijacking their customer’s systems for the purpose of downloading copyrighted material, such as music or films. Specifically, the company claims, “a user’s personal computer may be used by a hacker to engage in Internet piracy of copyright protected materials.” Internet piracy is responsible for significant bandwidth usage, as well, AT&T said.

“Thus far, copyright protection measures that have been deployed by, for example, the entertainment industry, have failed to curtail increases in Internet piracy.” 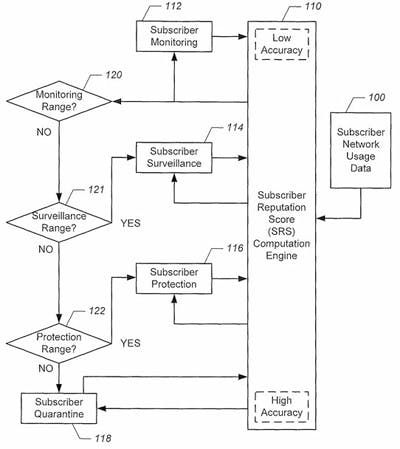 Actions taken by AT&T in response to file-sharing may vary, from terminating a customer’s data transmission, suspending their account, or reporting their traffic to an “interested party,” such as the copyright owner. The company said it may also report the user’s activity to law enforcement, or choose to store a record of the traffic for later review.

This isn’t the first anti-piracy monitoring system developed by AT&T. In July, the company received a patent for “real-time content detection in ISP transmissions,” which could also be used to report customers sharing copyrighted materials to law enforcement.

Many corporations hold patents on technologies that are never used, so it’s unclear if this “anti-piracy” monitoring system will ever be employed by AT&T.