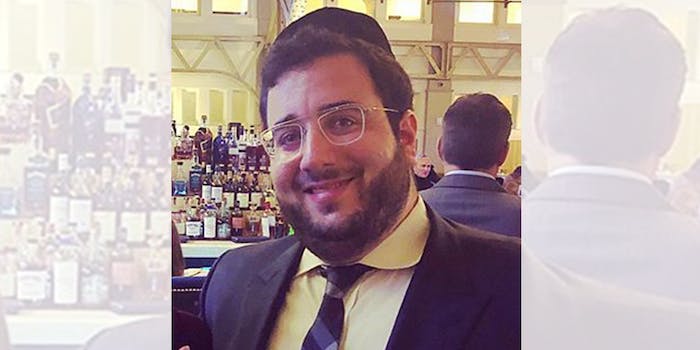 The account posted fake quotes from Ocasio-Cortez, that, on the whole, were both fairly tame and not terribly funny.

The suspension upset many conservatives on Twitter because parodying Ocasio-Cortez has become a favorite pastime, as well as because of their ever-present belief they are under siege by the social media giant.

“Twitter claims he violated the rules with creating @AOCPress even though it clearly stated it was a parody account,” wrote Courtney Holland, a content creator for fringe and far-right media startup Culttture.

Twitter tells the Daily Dot that the accounts were suspended for violating its rules.

“While you may use Twitter pseudonymously or as a parody, commentary, or fan account, you may not use misleading account information in order to engage in spammy, abusive, or disruptive behavior, including attempts to manipulate the conversations on Twitter,” a company spokesperson told the Daily Dot.

According to a person familiar with the situation, Twitter says it found “strong signals” that suggest the account’s owners were  “working together to push the same information in a coordinated manner,” which violates the company’s policy on spam.

Because of a nonexistent "parody" violation, since @officeofmike managed @aocpress.

Clearly Mike was trying to comply.

.@OfficeOfMike has confirmed to me that he has been PERMANENTLY suspended from Twitter.

He also ran the @AOCpress account which is also permanently suspended.

Twitter claims he violated the rules with creating @AOCpress even though it clearly stated it was a parody account pic.twitter.com/ecMopPfE4w

More censorship nonsense, now going after parody accounts and their creators. What was the violation, @jack?

When they go after parody we have a real problem… https://t.co/LuZEdt0o6Z

This account was just one of many, which Twitter has, on occasion, suspended. @AlexandraOcasi6 and @Cortez4Prez2020 were suspended back in January.

The @AOCPress account was clearly identified as parody, and Twitter’s rules on parody seem to allow something like @AOCPress.

Many people, including 370 former federal prosecutors, are saying I'm guilty of obstruction. But my hand-picked Attorney General says I'm above the law so #BothSides! #Winning https://t.co/HQ6x0orIPV

I know what President Trump won’t do if he loses: make up some hairbrained collusion scheme with our arch enemy, thereby holding the country hostage for years to come

It’s possible that because the account was labeled “press,” Twitter suspended it because of efforts to crack down on misinformation.