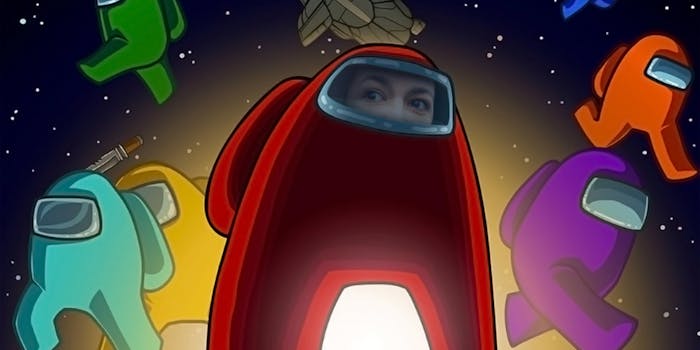 Rep. Alexandria Ocasio-Cortez (D-N.Y.) made her massively successful Twitch debut on Tuesday night, playing and streaming the beloved mobile game Among Us in an effort to encourage young people to vote.

AOC’s Among Us stream attracted 435,000 concurrent viewers at its peak, Engadget reports. That’s the third-biggest individual Twitch stream ever, behind Drake and Ninja’s Fortnite stream (over 600,000) and Shroud’s return to the platform (500,000). That number also doesn’t account for viewers who watched streams from other high-profile figures playing the game, including streamers like Pokimane and Dr. Lupo and Rep. Ilhan Omar (D-Minn.).

Before she even began streaming, AOC’s new Twitch channel had accumulated roughly 250,000 followers.

The success of AOC’s Among Us stream can be attributed to a potent combination of a charismatic politician who’s in touch with youth culture and one of the most currently adored mobile games in the world. Among Us has exploded in popularity in recent months, with millions of users playing the survival game that pits Crewmates against a predetermined number of murderous Impostors on a spaceship.

Despite this being her first Twitch stream, AOC reportedly took to the platform naturally, giving shoutouts and joking with her fellow streamers. She also demonstrated a strong grasp on Among Us slang, accusing other players of being “sus” and practicing the art of “marinating,” by which an Impostor gains a Crewmate’s trust by not immediately killing them when given the opportunity.

She also kept the atmosphere casual and let other streamers know they were free to refer to her by her popular initials: “You guys can call me AOC, but Mike Pence can’t call me AOC.”

Ultimately, it was AOC who proved to be sus in her first game, in which she played an Impostor. She later played a Crewmate, fumbling through various tasks aboard the ship, such as clearing vents and repairing faulty electrical wires.

Twitter users agreed that AOC’s humbling ship-repair attempts went a long way toward humanizing politicians and relating to young people who are on the fence about voting.

“Me watching AOC struggle with the tasks in Among Us is the most I’ve ever related to a politician in my entire life, if you don’t think this is genuinely meaningful outreach you’re a moron,” Pitchfork writer Noah Yoo tweeted.