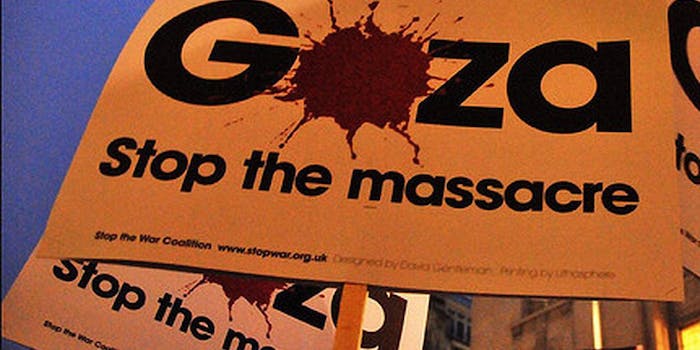 The operation focuses on making sure citizens of Gaza can still communicate if Israel cuts their Internet access.

While rockets from Gaza and Israel have killed 16 people in what has been called the most deadly attack in the region in the last four years, Anonymous hackers are fighting back against America’s ally in the Middle East by making sure Internet access in Gaza is not cut.

Gaza has been in a state of chaos since Hamas commander Ahmed al-Jabari was killed in an attack by Israel Wednesday. Al-Jabari was reportedly behind numerous attacks against high profile Israelis through the late 1990s and 2000s, the Guardian reported.

Since al-Jabari’s death, Israel Defense Forces (IDF) have hit at least 20 Gaza targets with missiles “and escalated the risks of a new war in the Middle East,” the New York Times reported.

“For far to (sic) long, Anonymous has stood by with the rest of the world and watched in despair the barbaric, brutal and despicable treatment of the Palestinian people in the so called ‘Occupied Territories’ by the Israel Defense Force,” Anonymous wrote in a public document. “Like so many around the globe, we have felt helpless in the face of such implacable evil. And today’s insane attack and threatened invasion of Gaza was more of the same.”

In retaliation against the attacks, Anonymous has launched #OPIsrael. The project is primarily a care package for Palestinians that includes instructions in Arabic and English on how they can get their message out if Israel cuts off their Internet access.

“It also contains useful information on evading IDF surveillance, and some basic first aid and other useful information,” Anonymous added. “We will be with you. No matter how dark it may seem, no matter how alone and abandoned you may feel – know that tens of thousands of us in Anonymous are with you and working tirelessly around the clock to bring you every aid and assistance that we can.”