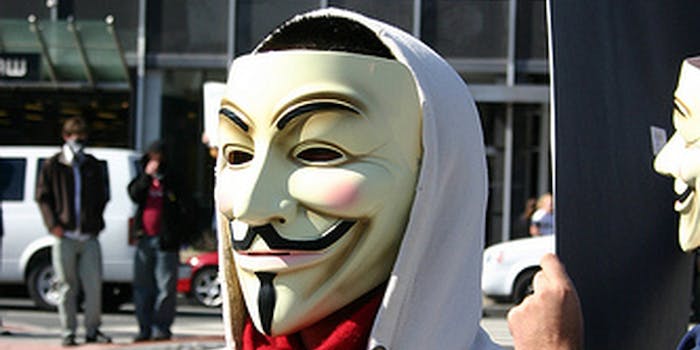 Anonymous called off #OpCartel due to the frightening nature of life in Mexico under the rule of violent drug cartels, a spokesperson confirms, but the hackers are still gearing up for Operation Safe Roads.

Anonymous once promised a “ruthless attack” against the Mexican drug cartels and the government officials that allegedly support them. A person claiming to be a spokesperson for the hacker collective, however, now says that such a direct approach would put innocent people at risk, due the sheer violence and frightening nature of the cartels.

“We know that if we Mexican Anonymous were to take them on, they will retaliate and kill innocent people…are you willing to [write] an article knowing that the [I]talian or [R]ussian mafia in your city would kill 10 people just to get you to stop?” wrote the spokesperson, who goes by @AnonPrelations on Twitter, in an email interview. “I dont [sic] think you would. You would not carry that in your heart.”

This week the group of activist hackers launched Operation Safe Roads in Mexico under the Twitter hashtag #Opcarreterasseguras. The campaign will start on Dec. 10, Anonymous said in a video, and will target transit companies and government agencies Anonymous says are responsible for “thousands” of kidnappings of bus passengers in Mexico.

“It is the responsibility of the government to protect the highways, not the job of the people to do it,” @AnonPrelations said. “Will what we do on the 10th make a difference, yes. As Mexicans we are setting an example for thousands of our countrymen – to stand up, that alone is a victory.”

Last month, Anonymous said it would go after the notoriously violent drug cartels that have been waging a decade-long war in Mexico. Anonymous eventually called off that attack, making a widely disputed claim that the Los Zetas drug cartel had released a kidnapped Anonymous member. It then launched #OpCorrupcion, targeting the Mexican government for corruption that has allowed the drug gangs to flourish.

@AnonPrelation said that Barrett Brown, who is promoting a forthcoming book about Anonymous and has publicly outed himself as a member of the group, continues to run #OpCartel from the U.S.

But participation by people in Mexico, where the cartels have killed four people for their online activities, is too risky. @AnonRelation said two years ago, when members of the Zetas Cartel killed a federal agent and set fires to portions of his or her hometown, they released a statement saying they would kill 10 schoolchildren if anyone retaliated against members of the hyper-violent criminal organization.

“Anonymous is fighting against the cartels and Zetas, it is not my outfit, but they are fighting underground. It is called #OpCartel but Barrett Brown is the one running that op,” @AnonPrelation said. “But us Mexican Anonymous, who live in Mexico, the population is under threat…Everyone is suspect, your banker is a suspect, the tax man is a suspect, the waiter in a restaurant is a suspect, everyone you feel is on the take.”