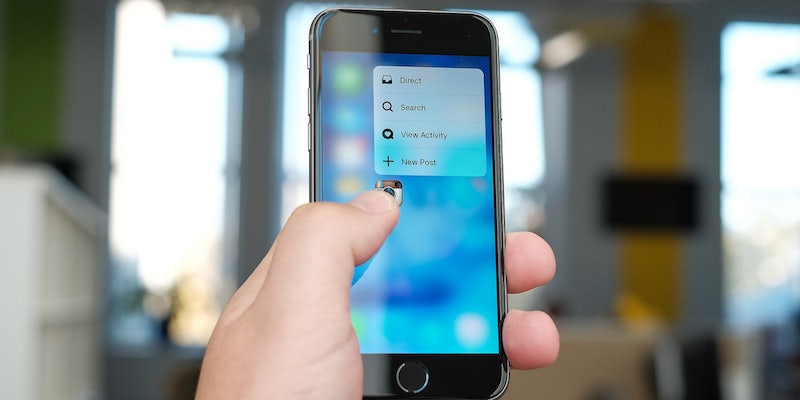 One of the most inventive hacks ever.

This year’s introduction of the iPhone 6s and 6s Plus brought Apple’s 3D Touch feature to iOS for the first time. Now, with one extremely nifty trick, one Android hacker has brought it to Apple’s rival platform.

On iOS, 3D Touch offers pressure-sensitive inputs when pressing firmly or lightly on the screen thanks to a specialized display. The Sony Xperia Z3 that Marco Chiappetta used to duplicate the feature on Android doesn’t have such a display, but housed within its waterproof body is a barometer.

Normally a barometer is used to gauge atmospheric pressure, and subtle changes in that pressure can help the phone guess your altitude. This is useful when you’re using an app that detects the number of stairs you climb each day or get a more accurate picture of calories burned during a run or bike ride.

Chiappetta discovered that the sensor can also be used to measure small changes in the air pressure within the phone itself. The Z3 is built with a waterproof casing, and pressing down on the touchscreen display produces a measurable difference in the air pressure within the phone. The barometer readings can then be translated into light presses or hard presses, mimicking the 3D Touch feature that, until now, was only possible on an iOS device.

It’s a cool utilization of existing technology and could open the door to a lot of added functionality, but there’s a catch. Since most Android phones don’t feature the unique combination of a barometer and watertight construction, such a tweak would only work for a small number of Android phones, and even then, it would likely require calibration for each individual device.