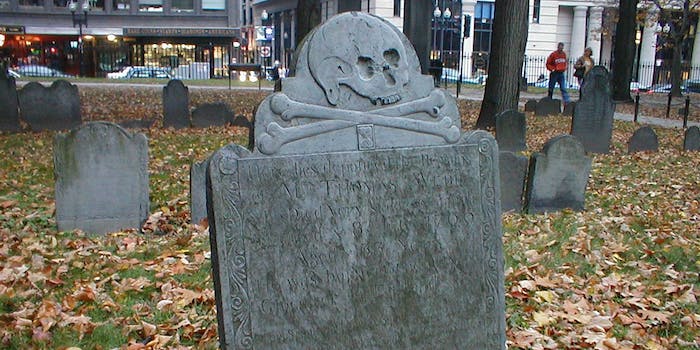 Photo via Andrew Kuchling/Flickr (CC BY 2.0)

Adobe just pretended to kill Flash, and it fooled everyone

What's in a name?

The reports of Adobe Flash’s death are greatly exaggerated. News has been makings its rounds claiming the much derided platform is officially finished. That might be worth celebrating—if it were actually the case.

For now, Flash is dead in name only. Adobe has swapped the title of its Flash Professional CC program to Animate CC. The name change will take effect in the 2016 release—presumably to get all the paperwork in order and to give Flash time to get a new driver’s license or whatever—expected in the first quarter of next year.

What has people most excited is what seems like an admission of defeat in Adobe’s announcement about Animate CC. The company stated the renamed program will be the “premier web animation tool for developing HTML5 content.”

Adobe outwardly acknowledging the existence and success of HTML5—even though it was in a patronizing way, stating HTML5 has “matured” and now provides “many of the capabilities that Flash ushered in”—is a major step in the right direction.

That news is enough to make any Web user celebrate, and many of them have been doing just that.

And flash is dead. https://t.co/WXfRaF4Auo

Just woke up to the news that Flash is officially dead. https://t.co/VknxnzGgAY

Alright, so Flash is dead, cool! Can we please kill Java next.

Of course, this isn’t the first time people have declared the end of Flash. It was “dead” in 2007:

No fewer than 4 books about Flash in the second-hand book store. Never a greater sign that Flash is dead ;) pic.twitter.com/4LOMzUdK

Flash is dead, html5 you win

In 2014, Flash died for the eight consecutive year:

It's 2014: Flash is dead, Silverlight is dead. Yet, I still need to install QuickTime to view a movie on Apple's website.

Surprisingly, Adobe hasn’t seem to have gotten the memo on the livelihood of its platform. If anything, the company seems ready to put up a fight to keep the technology alive.

“Flash continues to be used in key categories like web gaming and premium video, where new standards have yet to fully mature,” Adobe said in a statement about the future of Flash. The company also name-dropped Microsoft and Google to note their dedication to making Flash secure, and announced a partnership with Facebook to use flash for games and report security information.

Adobe senior product marketing manager Rich Lee wrote that Flash formats will still be treated as “first-class citizens” in program that once bore its name. And in actuality, that’s what will actually affect users; you’re still going to come across Flash formats in the wild for a long time to come.

One can look at the news of the Flash program name change as the writing on the wall, as Adobe is positioning itself for an inevitable shift to open platforms, just as Steve Jobs suggested should happen back in 2010.

Or, perhaps more likely, it’s a rebranding attempt a la Microsoft changing Internet Explorer to Edge, to generate some good will with a tip of the cap to the competitor, swap out the name, and keep going about business as usual with its flawed and vulnerable service.

We’re all waiting for the true death of Flash to come. This isn’t it.

Photo via Andrew Kuchling/Flickr (CC BY 2.0)