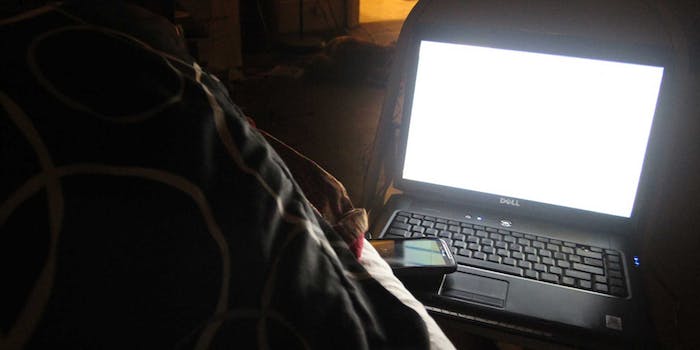 Simon's blog was started to record self-improvement. Instead, it recorded his murder.

“He is already in the house. He is still here right now, smoking, walking all around the house.”

Simon Ng wrote his blog for self-improvement. He was a lonely and dissatisfied immigrant from Hong Kong, living in New York City. The teenager recorded his struggle to succeed away from his parents, all but alone a new country. 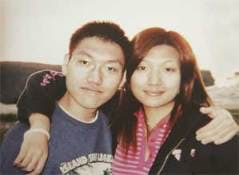 Just as Simon seemed to be turning a small corner, his life was cut short. He and his sister wer found dead in his apartment. Both died of multiple stab wounds. Instead of self-improvement, Simon’s blog recorded the lead up to his own grisly murder and then—in the first-ever incident of its kind—the blog solved the case for the cops.

Simon, a gamer and programming student, began blogging on Xanga, the now-16-year-old blogging platform that was once the home of digital teenage angst, in Oct. 2002. He hated to talk about himself, he explained, but wanted to keep a diary. The blog was a lot like any other teenager’s online diary in 2002: He wrote four posts about his programming homework and his love of Warcraft 3 and then promptly forgot about blogging for three years.

These were three of the most tumultuous years of Simon’s life. His parents moved back to Hong Kong, leaving Simon and his sister alone in their Queens apartment with little guidance and even less money. Because the siblings rarely saw each other before 10 p.m. each night, Simon was often left to his own devices.

Lonely and unhappy, the now 18-year-old Simon returned to blogging on April 22, 2005 (all quotes are unedited):

“Imagine a guy who doesn’t know how to take care of himself and had been relying on others for like 18 years,” Simon wrote. “All of a sudden have to take care of themselves. So its been hell, two meals rarely and one meal a day most likely -_-.”

Simon was underweight, eating too little, and suffering poor health. Unable or unwilling to prepare regular meals for himself, he was sick for a full month.

“Life has been really hard lately, I am still ill and it is zapping my every strength,” he explained. “No money you know, I can ask my sister for some if I wanted. She usually ask me if I need any, but I declined since she doesn’t make much and like to waste money. No smilies today too tired exhausted, when will I recover…”

Increasingly convinced that he had wasted his youth, Simon swore to improve himself. After barely ever stepping foot in a library, he began spending 4 to 8 hours per day studying at the Queen’s College library. He earned two A- grades, one A and one B+ during his first semester in college.

“It is regretable that I screwed up on the finals, because my laziness kicked in. I really wanted to get 2 A- and 2 A+ and I know I could,” he wrote. “Yeah I know I should be happy bout it but I am a greedy person. The reason I have regret is probably because it wasn’t all As. I would have really surprised my parents and makes them happy ;) (Not that it hasn’t ;P).”

Finding constructive outlets and finally turning himself around, Simon signed up for a $600 summer science course and aimed to land a job soon. He began blogging more regularly, hoping to keep a record that he could look back on in four years, when he graduated from college, in order to self-reflect and improve further.

The following May, what would be the last month of Simon’s life, was chronicled closely on his blog.

He became hooked on Musui’s Story: Autobiography of a Tokugawa Samuari, the first time he’d read a book without fighting sleep. He finished the book more quickly and happily than any he’d ever read before. Hungry for more, he planned on picking up other books from his Japanese class’s syllabus to “get started on a reading habit.”

Simon’s parents brought him and his sister to the U.S. in search of a good education, so his newfound interest would make his family happy.

His health, on the other hand, continued to decline and sap his strength. In an attempt to recover from a “bad throat,” Simon missed classes for three days.

On Thursday, May 12, 2005, he sat at home and blogged through the day, as was his usual habit. He was home sick when his doorbell rang.

“Today I missed my Japanese class again, since I have gotten a bad throat. I only went to the class once this week, so I am probably so far behind now. I will catch up in the summer tho so no worries hehe. Anyway today has been weird, at 3 some guy ringed the bell. I went down and recognized it was my sister’s former boyfriend. He told me he wants to get his fishing poles back. I told him to wait downstair while I get them for him. While I was searching them, he is already in the house. He is still here right now, smoking, walking all around the house with his shoes on which btw I just washed the floor 2 days ago! Hopefully he will leave soon, oh yeah working on the jap report as we speak!”

The man was named Jin Lin, Sharon’s ex-boyfriend, and he did not leave soon enough.

“[Simon] wrote that the suspect was becoming agitated and he wished he would leave,” an NYPD spokesperson later said.

Simon made his last entry on Xanga at 5:05 p.m. Shortly thereafter, Jin stabbed him repeatedly in the chest and neck with a butcher knife. Simon was bound with duct and masking tape while Lin, according to his confession, searched the apartment for cash.

He found little to nothing of value.

When Sharon came home at around 9:30 p.m., Jin stabbed her and her brother nearly five dozen times in the neck and body. Simon died in the apartment. Sharon died an hour later in the hospital.

“He said in his confession he was looking for money,” an NYPD spokesperson explained. “But our crime scene unit investigators say it looked more like he had purposefully tossed stuff around the room to make it appear to be a push-in robbery.”

Although Lin initially denied any wrongdoing, he confessed once the police found Simon’s blog. Lin said he was trying to find money to buy a plane ticket back to Hong Kong, where he was also born.

In 2008, Jin Lin was convicted of murder and sentenced to life in prison without parole.