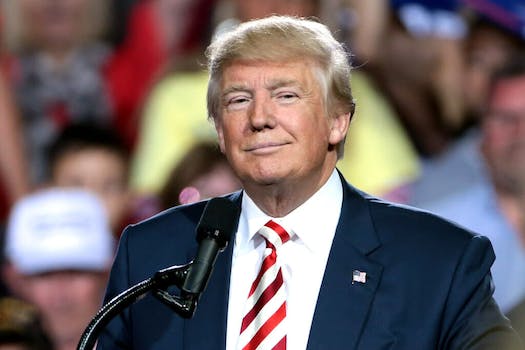 'They admitted their guilt,' Trump said.

Donald Trump still believes the Central Park Five are guilty, despite their acquittal and DNA exoneration.

Trump was at a press conference when he was asked by journalist April Ryan if he would apologize for, in 1989, taking out full-page ads in the New York Daily News, calling for the Central Park Five to face the death penalty.

But Trump refused to apologize and instead asked Ryan, “Why do you bring that question up now? It’s an interesting time to bring it up. You have people on both sides of that. They admitted their guilt.”

The Central Park Five were five teenagers who were accused of sexually assaulting a jogger. The boys were then pressured into giving false confessions, and they served decades in prison. Years later, they were freed after DNA evidence exonerated them, and they sued the city of New York. They won and were awarded nearly $40 million dollars.

But despite this, at the press conference, Trump insinuated a few prosecutors believe that lawsuit was mishandled.

“They think the city should have never settled that case,” he told reporters. “We’ll leave it at that.”

The story has seen renewed interests after Ava DuVernay released her now critically acclaimed Netflix series When They See Us. The show quickly became one of the most-watched Netflix shows in the United States and saw Linda Fairstein, prosecutor at the time, face serious consequences for her involvement in the case.

After the press conference, many people took to Twitter to express their disappointment.

“Trump’s refusal to apologize in his very public role in calling for the death of the Central Park 5, who were found wrongly convicted by DNA among other things, is trash,” wrote Atima Omara.

Trump’s refusal to apologize in his very public role in calling for the death of the Central Park 5, who were found wrongly convicted by DNA among other things, is trash. https://t.co/SFVrwwWhOK

Put aside "both sides" construction. In 1989, then-private citizen Trump placed ad calling for death penalty for Central Park 5 (all teenagers at time). 1) Horrific as it may be, rape has never been death-penalty offense in NY. 2) THEIR CONVICTIONS WERE VACATED 17 YEARS AGO. https://t.co/Iaw90YtQJu

It’s as if Trump thinks he’s talking about freaking pancakes! Like with Charlottesville, there are no “both sides” to the Central Park Five. There is only right and wrong. https://t.co/ukMuuibhCh

But this is not the first time Trump has defended his position regarding the case. In a 1989 interview with Larry King, Trump told King, “Maybe hate is what we need if we’re gonna get something done.”

“I am strongly in favor of the death penalty,” he said. “I am also in favor bringing back police forces that can do something instead of turning their back because every quality lawyer that represents people that are trouble, the first thing they do is start shouting police brutality, etc.”