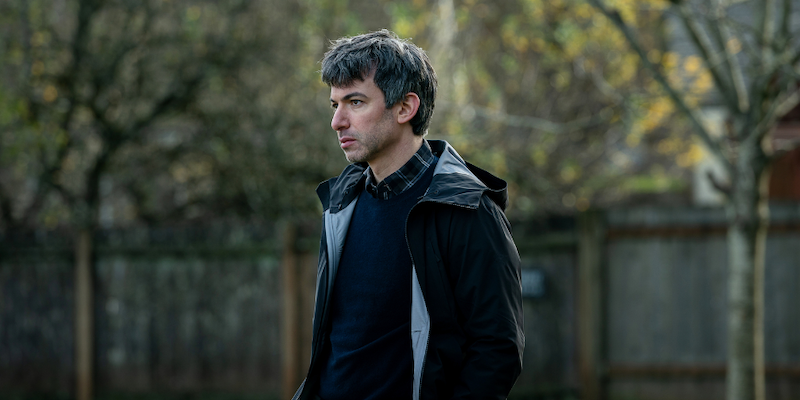 The immersion didn’t stop with the episodes.

The Rehearsal is over, and the show’s plan was finally revealed: It was all for Nathan.

While the central premise of the just-renewed HBO series involved Nathan Fielder helping a Christian woman named Angela prepare for potential motherhood, with a series of child actors playing her son, Adam, the finale shifted the tone and divided viewers.

“The season finale of The Rehearsal just fully convinced me that child actors should be illegal and that Nathan Fielder deserves both jail time and an Emmy,” reads one viral tweet.

Episode 6 centered on Remy (aka Dr. Farts), one of the younger child actors, who has developed a bond with Fielder during this experiment, and doesn’t want to stop calling him daddy. Is he really too young to know the difference between pretend and reality? Did his mother, who is raising him without a dad, consent to this degree of immersion? How pure is this world of pure imagination?

These are, by design, questions that won’t be answered, though Remy’s grandmother is apparently on Twitter and Reddit, and has been reassuring people that he’s just fine.

One feat of The Rehearsal is that every single person was there for a reason, and even minor characters became internet famous.

For a show that is supposed to be a comedy, it has some truly devastating moments, and it became a showcase for lesser-known actors to shine. Anna LaMadrid, who played Fake Angela, posted about her experience and said Fielder is “changing/challenging how we are relating to media.” (Real Angela recently joined Cameo.)

It got meta: A subreddit popped up where people could rehearse their posts about The Rehearsal and people rehearsed watching The Rehearsal. People slipped Rehearsal references into bad discourse about parenthood.

The immersion didn’t stop with the episodes.

HBO Max is making some questionable content choices as it merges with Discovery+, and while The Rehearsal has been renewed and appears safe, the slashing of animation series and originals is concerning.

The show is a major production investment for HBO. Will it have to cut some corners with season 2?