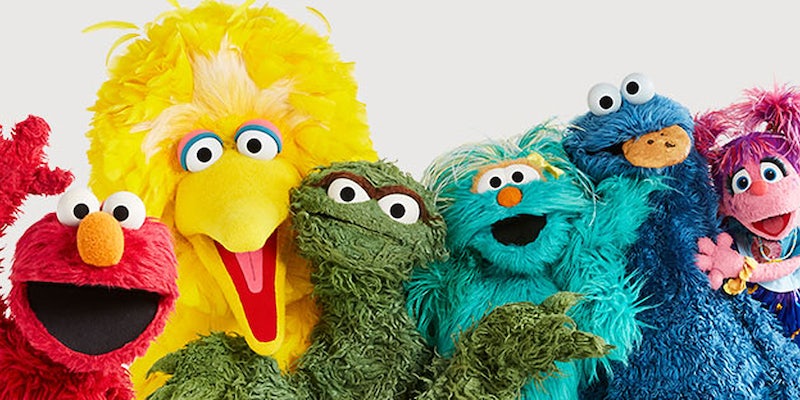 'Sesame Street' is the latest HBO Max cut in a month full of them.

Following the removal of 20 original series earlier this week, including multiple animation series, HBO Max has reportedly removed around 200 episodes of Sesame Street.

According to Variety, HBO Max previously housed roughly 650 episodes of the long-running children’s educational series, but as of Friday that number is down to 456. Seasons 2, 3, and 4 are gone.

HBO Max is merging its catalog with Discovery+, which has caused a recent content upheaval and led to cost-cutting measures. HBO Max did not respond to a request for comment about whether these episodes will come back, but it gave NPR a vague statement. “As we work toward bringing our content catalogs together under one platform, we will be making changes to the content offering available on both HBO Max and discovery+,” the statement reads. “That will include the removal of some content from both platforms.”

In late 2019, a five-year deal between WarnerMedia and Sesame Workshop was announced, making HBO Max the exclusive streaming home of past episodes, as well as new ones. Going into the merger, it’s not clear what the status of that deal is. However, there is some speculation that it won’t be renewed.

People weren’t happy about this news, but some tried to process it with humor.

Muppet History, a fan account, argued in a now-deleted that the show “should be publicly available for anyone to watch, not something exclusive to a paid streaming service that can decide to remove decades of episodes whenever they please.” Accessibility was one issue brought up when the Sesame Workshop deal was announced.

However, the account later noted that new episodes of the show air on PBS, albeit months after premiering on HBO Max.

Muppet Wiki pointed out the frustration with certain older episodes, like one featuring James Earl Jones, being removed.

The Not-Too-Late Show with Elmo was also cut from the streamer. Yes, Sesame Street still airs on PBS but its cultural impact can’t be minimized. Remember the resurfaced Elmo vs. Rocco beef?