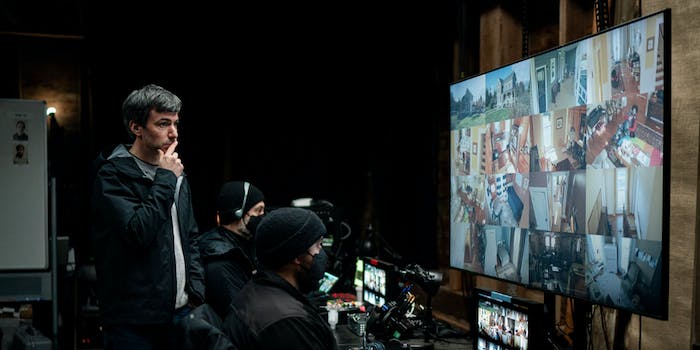 'I think it was very brave of him to share his secret with me.'

The premiere episode of The Rehearsal, Nathan Fielder’s new HBO Max series, concerns a Brooklyn teacher named Kor Skeete, who’s attempting to tell his trivia friend Tricia about a secret he’s let get out of hand. Fielder lays out the premise of the show, a follow-up to Nathan For You, at the very beginning: “A happy outcome doesn’t have to be left to chance.”

The episode is quite a ride, all the way to the surreal final exchange. On Tuesday, Tricia, aka Trish the Dish, blogged about the response to the premiere on Cheap Chick in the City, her NYC recommendation blog highlighted in the episode. (Not to be confused with Thrifty Boy.) Tricia confirms that she is indeed a real person, as is Kor, and that it was “very brave of him to share his secret with me.”

Tricia adds that she’s seen the series and “enjoyed it.” But she signed a non-disclosure agreement (NDA) and isn’t allowed to talk about the experience. Tricia directed people to her Venmo, saying CCitC is “VERY low on funds” but she will be posting again soon. On Wednesday she posted a thank you for donations.

As for Kor, he has a bit more of a paper trail: He appears in a 2019 video from the Brooklyn Paranormal Society, as a “psychic-empath,” and a poster on the Nathan For You subreddit claims “I was on Cash Cab with Kor.” In the comments of the actual clip, people are mostly making The Rehearsal jokes.

There’s been curiosity around whether the people who participate in Fielder’s elaborate stunts are real or actors, and a recent Vulture profile confirmed that some Nathan For You participants felt exploited or had a bad experience. There might be more discussion about that, at least on social media, as the six-episode series unravels. But for now, the real Alligator Lounge in Brooklyn is getting the Fielder bump.