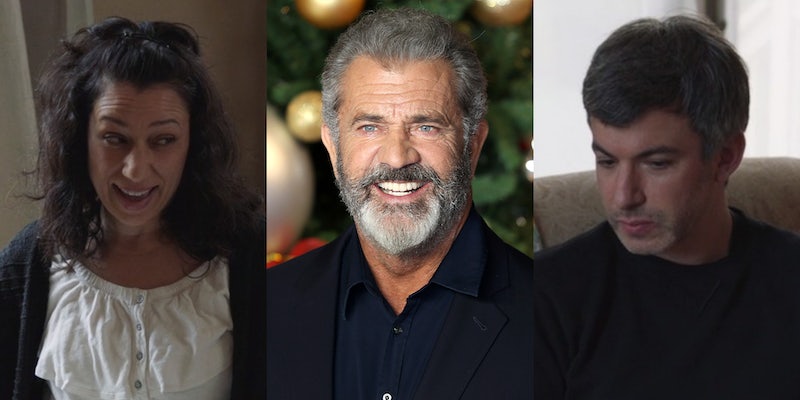 This episode involved a tense conflict over religion and antisemitism, with Angela responding to viewers in a Facebook video.

Introduced as a comedy-reality show where Nathan Fielder helps people “rehearse” for real-life situations, HBO’s The Rehearsal has evolved into an elaborate drama where Fielder roleplays family life with a woman named Angela. Keeping the audience on their toes with this bizarre artificial reality, they’ve spent three episodes co-parenting their son Adam from infancy to adolescence—played by dozens of child actors.

Episode 5 upped the ante with a religious conflict: Will Adam be raised in a devoutly Christian environment, in accordance with Angela’s wishes? Or will he also follow Jewish traditions, reflecting Nathan’s background?

This debate became a rollercoaster of drama as Angela revealed a staunch opposition to all things Jewish, and Nathan responded by secretly taking Adam to Hebrew lessons. The episode ends with Angela leaving Nathan to raise “their child” alone, and Adam’s Hebrew tutor pressuring Nathan to take sides on the Israeli-Palestinian conflict.

For some viewers, this was where The Rehearsal began to feel more scripted than naturalistic, delivering an intentional kind of dramatic irony. For instance, after a tense conversation about Angela’s attitude to Judaism, Nathan tries to change the subject by asking Angela her favorite movie. She responds with Apocalypto, directed by the famously antisemitic filmmaker Mel Gibson.

Angela defended this choice in a video posted to a Nathan Fielder Facebook group, claiming that she loves Apocalypto purely for its artistry—and that she is “satisfied” with her role in the show.

“The reason why I love the movie Apocalypto is purely because of its cinematography, its message and just the sheer art and the masterpiece that it is,” Angela says in the video. “It has nothing to do with who directed it.”

Without directly addressing the accusations of antisemitism, she seems surprisingly happy with her experiences on the show. She praises the actress who played her during “rehearsal” scenes with Nathan Fielder, and even has positive words for Adam’s Hebrew tutor, who called her an antisemite: “Miriam had a lot of fire in her belly and I liked that about her.”

“All in all, I’m satisfied with how the cut came out,” Angela continues. “Obviously I prayed on it and just left it up to God. I knew that I took a risk going into this; I didn’t have control over the final edit. They did a good job.”

While it’s wild to consider anyone being happy with their depiction in The Rehearsal, this response fits with Angela’s onscreen persona. In the show, she combines—sugary-sweet mode of speech with a steely certainty about her own opinions—especially when it comes to faith. She’s comfortable with criticizing Judaism on camera, saying that celebrating Hanukkah would be “denying Christ,” which she wouldn’t allow in her home. And while this Facebook video has an upbeat tone, she’s making it clear that she stands by everything she said in the episode.

Of course, considering The Rehearsal’s mind-bending internal reality, the jury’s still out on whether Angela is or isn’t a fictional persona. But there’s still one episode left to go, with Nathan Fielder continuing to raise his fictional son as a single dad.