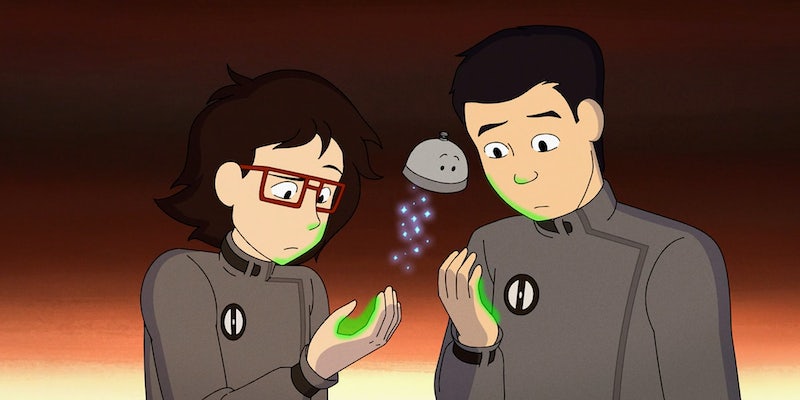 This news raises concerns about the preservation of digital media—along with backlash from animation fans.

Warner Bros. Discovery’s internal restructuring continues to ruffle feathers as HBO Max announces plans to remove 36 titles from streaming—including 20 HBO Max originals. Among them are animated shows including the critically-acclaimed fantasy series Infinity Train and the adult sitcom Close Enough, along with live-action programming like the teen dramedy Genera+ion.

Variety reports that removing these shows is a cost-cutting measure, allowing HBO Max to save money on residuals (aka payments to the shows’ creators). The only explanation given by HBO Max was that it’s in the process of “making changes” to its streaming library as part of the merger with Discovery+. HBO Max also recently removed several other titles including the shows Vinyl and Run.

Unsurprisingly, this decision isn’t going down well with the viewers or creators of these shows and movies. Infinity Train showrunner Owen Dennis changed his Twitter bio to read, “Creator of #InfinityTrain, a show that got pulled from @HBOMax and can now only be pirated,” and reposted several tweets criticizing the TV industry. (Infinity Train is still available to buy digitally on platforms like Amazon and Apple TV, although the show’s fanbase is understandably incensed about its removal from HBO Max.)

Meanwhile, Summer Camp Island creator Julia Pott tweeted, “We worked for 5 years to make 100 episodes of animation. We worked late into the night, we let ourselves go, we were a family of hard working artists who wanted to make something beautiful, and HBO MAX just pulled them all like we were nothing. Animation is not nothing!”

In a follow-up tweet, she added that the Summer Camp Island team “worked through the pandemic” to create 20 more episodes, and she still hopes that audiences will get to see them.

These HBO Max removals face criticism from multiple angles, beginning with the growing backlash against Warner Bros. Discovery CEO David Zaslav. Under Zaslav’s management, numerous Warner Bros./HBO Max projects have been axed, including the controversial cancellation of Batgirl. HBO Max laid off 14% of its staff this week, and there’s speculation about other cost-cutting measures including a new emphasis on reality TV over scripted drama.

There are also growing concerns among industry insiders about the perils of digital-only media, because streaming services have the power to remove TV shows and movies on a whim. Recently the creator of Apple TV+’s Dickinson highlighted this issue by revealing the difficulty she faced in obtaining a single physical copy of her own show.

Since the slate of soon-to-be-removed HBO Max shows includes a lot of animated titles, this news was met by specific criticism from animation fans and creators, highlighting the idea that animation is undervalued in the entertainment industry.

The animation news outlet Cartoon Brew described the decision as HBO Max “purging its animation library” for reasons that “make no sense.” Other detractors highlighted the popularity of shows like Infinity Train, expressing sympathy for their creative teams and accusing David Zaslav and HBO Max of disrespecting the animation industry. While some of these shows will still be available for digital purchase elsewhere, their removal from HBO Max sends a message about what kind of programming the platform’s current management wants to prioritize.