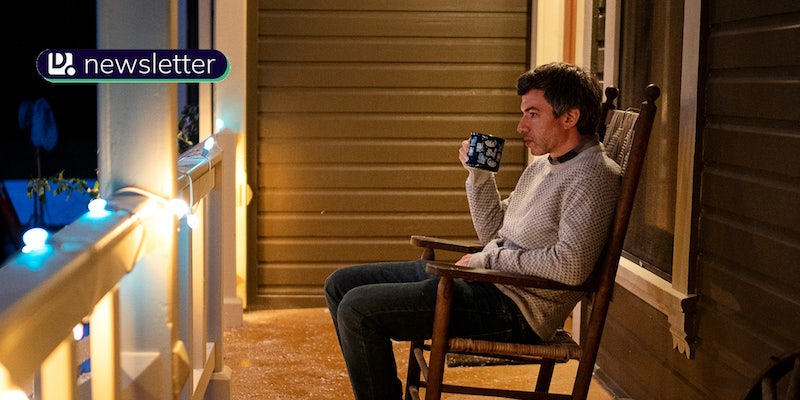 Newsletter: Nathan Fielder is back

It’s the middle of the week, and there’s a lot going on. First, the latest Jan. 6 hearing turned a conspiracy theorist sipping a beverage into a meme. Twitter is suing Elon Musk over trying to back out of his bid to buy the company. And the first images captured by the James Webb Space Telescope are inspiring lots of silly edits.

We also have a column by Audra on the new Nathan Fielder show.

SPACE: NASA released the first images on Tuesday captured by the James Webb Space Telescope, and the internet responded with both conspiracy theories and memes. But it’s hard not to feel something when looking at the majestic images from the most powerful space telescope.

CALLED OUT: Doja Cat is once again facing criticism for a TikTok video. This time, it’s for a video in which she imitates Amber Heard’s testimony in the defamation trial against Johnny Depp that ended on June 1.

JAN. 6: The committee investigating the Capitol riot on Jan. 6 continued its hearings this week, and a clip of Sidney Powell taking a big sip of Diet Dr. Pepper became a meme.

SEND TWEET: Twitter is suing Elon Musk after the Tesla CEO pulled out of a bid to buy the social networking company. The complaint cites Musk’s own tweets, including one of a poop emoji.

‘The Rehearsal’ shows us the ‘Fielder Method‘

Nathan Fielder returns to TV this week with The Rehearsal, a six-episode series that explores just how prepared someone can be to come clean.

With Nathan for You, the Comedy Central series that ran from 2013 to 2017, Fielder pitched small-business owners with ideas that could help their business. But the humor often came from the awkward Fielder inserting himself in the bit a little too intimately, or making the pitch much more elaborate than necessary. In a recent Vulture interview, fellow comedian H. Jon Benjamin said that when he first watched Nathan for You, he saw Fielder “kind of exposing his own obsessive personality disorder.”

Intimacy and obsessiveness is baked into the premise of The Rehearsal, which debuts Friday on HBO Max. Although the first episode concerns a man who needs help telling a friend about a little white lie, and another focuses on a man having some issues with his inheritance (all with the help of actors), the main story in The Rehearsal is Fielder helping a woman decide if she wants to have kids by hiring a handful of child actors to play her son at different ages.

By episode 3, Fielder is—crucially⁠—part of the experiment. In one shot that actually made me gasp, Fielder subtly turns back the clock when he doesn’t think he’s done a good enough job in one particular role.

As Jason Zinoman wrote for the New York Times when How To with John Wilson season 2 debuted (Fielder is an executive producer on that show), a “quiet revolution” in unscripted comedy has been taking place. In The Rehearsal, Fielder does a lot of contemplation about how he’s approached these chaotic rehearsals and what he might be missing. But sometimes all his narration starts to weigh down what’s happening onscreen.

A standout episode, and one that perhaps could have been fleshed out a bit more, is devoted to teaching the “Fielder Method”—an extreme method acting exercise for the purposes of The Rehearsal. But Fielder also participates in his own method, blurring the line between reality and HBO-funded set design. I haven’t seen the finale yet, but if NFY’s was any indication, it’ll go big.

Unlock the power of Prime

Are you the last person in your family or group of friends who hasn’t tried Amazon Prime? Now’s your chance! Discover everything Amazon Prime has to offer for free with your 30-day trial. Enjoy free delivery, award-winning shows, exclusive deals, and more. Don’t forget that today is the last day of Amazon Prime Day, featuring epic deals from leading brands and small businesses!

🐠 Woman calls out tourists for taking photos with her children in Hawaii.

🔥 The ACE Family is catching heat this week online for their recent in-person festival.

🎯 Woman says she applied to Target as a Black girl, got rejected—applied again as mixed-race, got to second stage.

🌮 Jill Biden compared the Latino community to ‘breakfast tacos’ during a speech in Texas.

🗣️ Should you trust your coworkers?

🎥 Two-day shipping is nice, but everyone knows Amazon Prime’s best feature is its movie selection. Here’s the definitive guide to the best movies you can stream right now. *

🛫 Woman says she got ‘dress coded’ on a Southwest Airlines flight.

👶 From the archives: The many lives of the Dancing Baby, cyberspace’s first cringe meme.

A woman says the Austin Police Department didn’t take her claim seriously that she was kidnapped at gunpoint. Instead, they made her take a breathalyzer test.