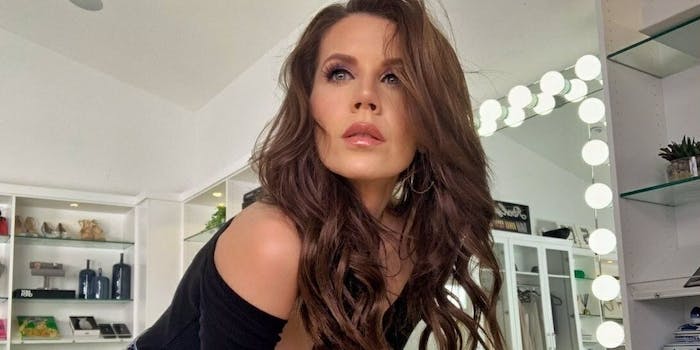 The biggest YouTubers are getting involved now.

After the pendulum of YouTube drama swung back big in her direction her during her feud with James Charles last week, beauty vlogger Tati Westbrook is continuing to anger the community. This time, she’s hit YouTubers where it hurts the most—in their bank accounts.

Multiple YouTubers have said that Westbrook has used the platform’s copyright system to stifle their videos about her drama with Charles, meaning she has prevented them from earning ad revenue on their vlogs. Some in the community are accusing her of censoring their commentary about her to try to restore her reputation.

YouTuber Willy Mac Show, who has 32,000 subscribers, said Westbrook took down his video titled “Tati is worse than James Charles” with a copyright strike and effectively stopped him from making money on it.

Ethan Klein of h3h3 Productions, who has more than 6.3 million YouTube subscribers, tweeted on Tuesday that Westbrook had claimed his video (and all the ad revenue that comes with it) as well. Though he has since deleted his tweet, even PewDiePie, the most popular individual on YouTube, got involved.

Though Westbrook messaged Willy Mac Show on Wednesday morning that there had been a mistake and that she’d withdrawn her copyright strike, her reputation has sustained more damage.

At first, in her drama with Charles, she was the sympathetic figure. She accused him of promoting a competing beauty company and decried his lack of loyalty after their years of friendship and after she had helped establish him as a YouTube star; she also said he sexually harassed straight men. That video was a big reason he lost more than 3 million subscribers. Meanwhile, Westbrook doubled her subscriber base from 5 million to about 10 million.

But public opinion began to turn in a big way when Charles released a 41-minute video disputing many of Westbrook’s claims, and major YouTubers like PewDiePie and Keemstar said Westbrook was actually the one who was wrong in the messy dispute.

Since then, she said she’s taking a break from the internet, though she also appears to be doing her best to make up with Charles.

But either Westbrook or somebody on behalf of Westbrook is using YouTube’s copyright system.

The issue of copyright strikes and copyright claims has been a hot-button issue for months. Normally, faceless corporations are involved in using that YouTube tool to stop a creator from making money on what the striker believes is a copyright violation. A copyright claim prevents a YouTuber from taking home their ad money on a video. A copyright strike is more damaging, because it can eventually lead to the permanent deletion of a channel.

YouTubers like TheFatRat, AngryJoeShow, Smelly Octopus, Star Wars Theory, and Dash Cam Owners Australia have all dealt with this issue, and most of them have blasted YouTube’s copyright claim system because it allows anybody to claim a video whether or not there’s been copyright infringement. If the original creator appeals the claim or strike, the entity deciding on the appeal is the person or corporation who made that claim in the first place. That’s another reason why YouTubers have ripped the system.

In the case of Willy Mac Show, his video on Westbrook, which has about 140,000 views, has been restored. But Westbrook’s reputation is still taking a beating. In the past four days, she’s lost nearly 400,000 YouTube subscribers.