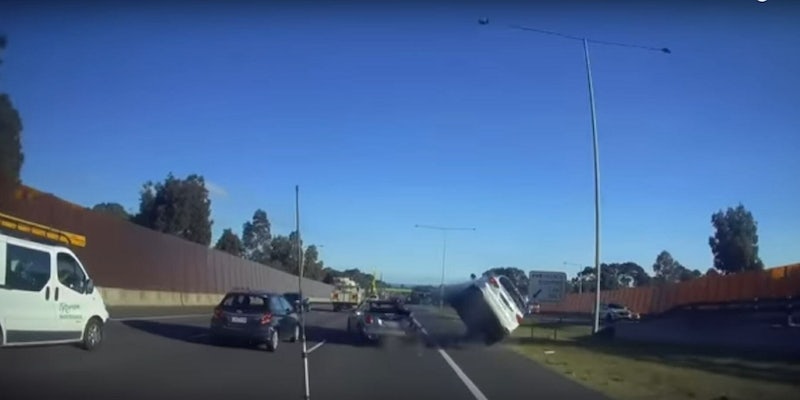 Popular YouTube channel in danger of disappearing because of copyright claims

A YouTube channel that features dashcam compilations to its 163,000 subscribers is apparently in danger of shutting down thanks to multiple copyright claims.

In its latest video, the channel Dash Cam Owners Australia—which compiles footage from drivers in that country—wrote in a pinned comment that “We have been running into a lot of issues with copyright claims on YouTube lately, A lot of our videos have been receiving copyright strikes with the company claiming we don’t have permission to use the videos. All our videos are user submitted, but unfortunately due to this mess, our channel is now in quite a bad standing and at risk of disappearing.”

According to a redditor named DCOA_Troy—who says he runs the site—so-called “viral video companies,” apparently working on behalf of some of the channel’s dashcam contributors, have been striking or claiming their videos.

If somebody claims a video on YouTube, the person or company making the claim then gets the ad revenue that was earned by the original person who posted the video. The original YouTuber can appeal the decision, but that appeal doesn’t go to YouTube—which has said that it doesn’t want to be the one mediating between the two parties. Instead, the person who made the claim hears the appeal, and assuming the claimant says no, there’s not much the original YouTuber can do without facing possible penalties from the platform.

If a person or company copyright strikes a video, YouTube can then take down the video, and it will affect the vlogger’s ability to monetize the rest of their channel’s videos.

YouTube had told the Daily Dot that it has teams to root out potential abuse of the copyright claim and copyright strike systems, but it’s certainly becoming more of an issue throughout YouTube. Wrote DCOA_Troy on Reddit.

Basically people send us in their videos, Usually this was done via our Facebook page, people would post their video to our page wall where we would then use the video in a compilation etc. A viral video company would then come along and trawl through the posts on our page and find the person who sent the video and message them with some sort of deal. We would then get the strike, if we appealed they would argue that the person sending us the video did not give permission to post it on YouTube. In all these cases we would request details of the person they had the contract with which always matched up to the person who sent it to us, so it’s not a case of people sending in content that isn’t theirs.”

I appreciate the support from people in this thread but if I am brutally honest, I really don’t care if our Channel gets removed at this point, YouTube has honestly become more of a hassle than anything … we only continue to upload there as we know most people who use it aren’t fans of Facebook but still want to watch our videos.

According to DCOA_Troy, his site won’t allow people to post publicly on its Facebook page anymore, and it’s inserted a disclaimer that a person who submits video has given permission to Dash Cam Owners Australia to post the video.

Copyright claiming has been a hot-button topic for many YouTubers recently. Many channel owners have angrily described recently how companies are falsely using YouTube’s copyright claim system to unfairly take their ad revenue.

In the case of TheFatRat, a music company out of Colombia copyright claimed a song that originally was created by the YouTuber himself. AngryJoeShow said Lionsgate Films bullied him and claimed his negative review of the Hellboy trailer, while YouTuber Smelly Octopus said somebody simply claimed his voice in a private video.

For Star Wars Theory, who created a Darth Vader fan film, a third party briefly claimed his video on behalf of Disney last week, even though an agreement between the YouTuber and Lucasfilm stated that nobody would make money on the film.

A Daily Dot request for comment on Monday morning regarding Dash Cam Owners Australia’s channel was not immediately returned by YouTube.