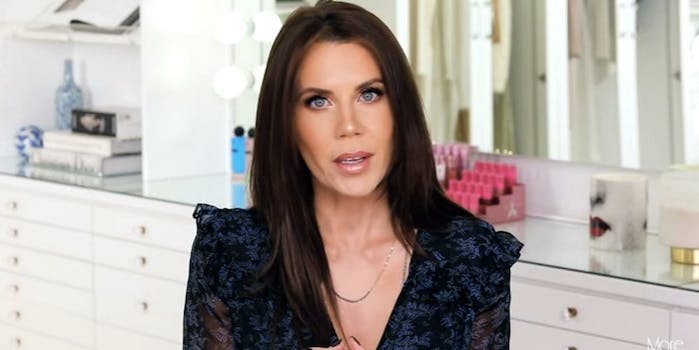 To those who don’t closely follow the goings-on of the YouTube beauty community—I am pleased to inform you, there is drama afoot! Tati Westbrook is a 37-year-old beauty guru and founder of her own vitamin company, Halo Beauty. James Charles is a 19-year-old makeup vlogger who arrived on the YouTube beauty scene two years ago as a fresh-faced teen, and has since amassed over 15 million subscribers.

Tati was James Charles’ mentor and supposedly the entire reason he got into the industry, and the two used to be very close friends. She even helped his rising star along the way by featuring him and plugging his products in her own videos, and flew him out to Los Angeles in 2017 on her own dime to do her wedding makeup

But that has all come crashing down over a scandal involving dark, back-alley Coachella dealings.

On Friday Tati posted a 43-minute-long YouTube video titled “BYE SISTER …” in which she broke down all the ways she had been wronged by James Charles, who promoted Sugar Bear Hair in an Instagram story during the first week of Coachella–a rival competitor of Halo Beauty.

Charles later claimed in a separate Instagram story that he had only agreed to plug the sleep vitamins because the brand helped him with security when the Coachella crowd allegedly “became unsafe,” and that he did not accept any money from the post. 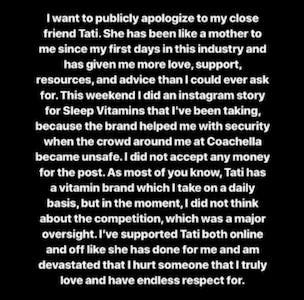 Initial apology aside, the drama was compounded by the fact that Tati says that James Charles had previously stated that he didn’t feel “comfortable” promoting Halo Beauty, as he didn’t want to push supplements on his young, 12-14 year old audience. She also called out his predatory behavior towards straight men in her video, and accused him of spreading lies about her and her husband, James Westbrook.

The video was incredibly viewed over 10 million times within 24 hours, and quickly shot to #1 on YouTube trending.

In response, James Charles released his own (blessedly short, in comparison) eight-minute-long video apologizing for his actions—but it seems safe to say that there is no love lost between the two.

Suffice to say, fans of the beauty community were SHOOK by this Godzilla vs. Mothra drama between the two influencers:

TATI HAD TIME TODAY. One of the OG beauty bloggers, Tati Westbrook, has to decided to unstan. https://t.co/BOA8zi1Ttv

james charles going on youtube to upload a new video and seeing that tati just ended his career pic.twitter.com/GtPuUYau9u

My jaw is on the floor.https://t.co/iHhzj1ZqPN

James Charles can cry his crocodile tears all he wants, but in the immortal words of Taylor Swift–it would appear that the two are never ever getting back together.