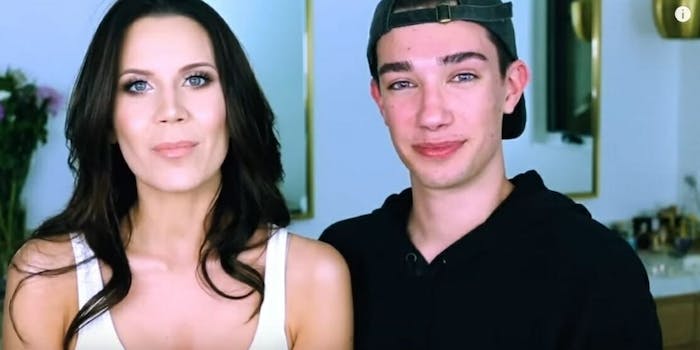 Tati Westbrook is winning her YouTube feud with James Charles

While James Charles continues to hemorrhage YouTube subscribers at an unprecedented rate, the beauty vlogger who exposed Charles has benefitted—at least with her subscriber count.

Tati Westbrook, who uploaded a video on Friday detailing what she said was Charles’ betrayal of her friendship and for manipulating men into sexual relations, had about 5.9 million subscribers last Thursday.

After her video went viral, racking up about 40 million views, she gained nearly 3.7 million subscribers in the following four days. Meanwhile, Charles, as of Monday, had lost nearly 3 million subscribers since the scandal broke—an unprecedented fall for the 19-year-old who was the most popular beauty vlogger on the planet.

On Sunday, she tweeted, “There won’t be a video [Monday]. My heart is still too heavy. I feel like I need to remind you that we can hold truth & inspire change without grabbing onto hate. Honor your blessings, don’t abuse them. Celebrating pain will only bring it to your door. Love you guys, see you soon.”

People, though, clearly were celebrating Charles’ downfall, posting real-time updates of his subscriber losses on social media last weekend, and multiple people put together clips of themselves giving interpretative dances set to the tune of Charles’ apology video. It’s become a something of a meme:

The feud began when Westbrook revealed that Charles, who had previously declined to promote her company’s supplements because it wouldn’t have been an effective fit with his young teen audience, promoted a competitor’s brand of vitamins. Then, she called him out for sexually aggressive talk at a dinner that her parents attended and for harassing straight men to try to fulfill his own sexual satisfaction.

Charles apologized in his own video. He said he made an Instagram story for Westbrook’s competitor because the company had helped provide him security when he attended the Coachella music festival—he said he hadn’t accepted money for the shout-out. As for the accusations that he was a sexual predator, he said, “I’ve been involved in a lot of very strange and unique situations that have left people confused or upset. I learned the hard way about ways that I can interact with the boys that I’m entrusted in, and ones that I should or shouldn’t be talking to.”

Charles has disappeared from the spotlight in the past couple of days—understandably so— and Westbrook has been rather quiet as well. Still, despite her hurt feelings and the betrayal she said she feels, she’s benefitted from the feud. Her company, Halo Beauty, likely has, as well. Though that probably wasn’t her intention when she originally uploaded her video about Charles, it’s always nice to find that silver lining.