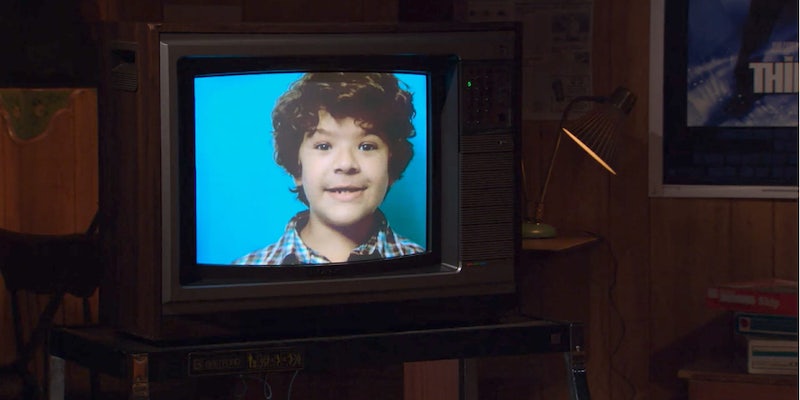 Screengrab via Tv and Movie Archives/YouTube

They're just as cute as you imagined.

Stranger Things took the internet by storm when it first premiered last year with its overindulgent ’80s nostalgia and heart, but it wouldn’t work nearly as well as it did without its talented young cast. And now their audition tapes show just how lucky the show was to have found them.

In an episode of Beyond Stranger Things, Netflix’s after show for Stranger Things 2, the five main child actors on the cast—Millie Bobby Brown, Finn Wolfhard, Gaten Matarazzo, Caleb McLaughlin, and Noah Schnapp—are shown their audition tapes. And they’re just as adorable as you’d imagine, with a dash of unexpected humor. The actors are both amused and embarrassed to watch themselves from just a few years ago.

Even in those short clips of Eleven, Mike, Dustin, Lucas, and Will, it’s evident that there’s something special there.