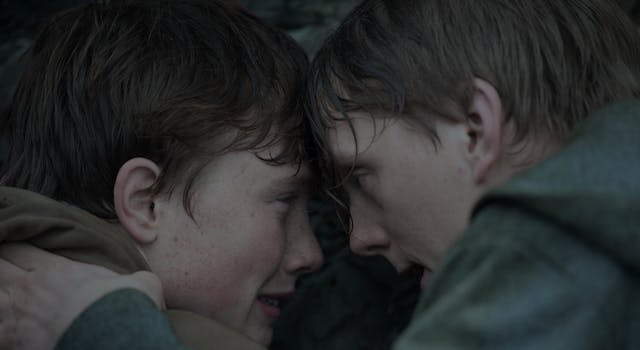 Director Paul Greengrass has made another good film, but I still struggle to recommend it.

The question I can’t get out of my head after watching 22 July is “why?” Why does this movie exist? What purpose does the dramatization of a national tragedy serve, especially so soon after the event?

Director Paul Greengrass has mined some of modern history’s darkest moments to great success in the past. The movie that put him on the map, Bloody Sunday, retells the events of Jan. 30, 1972, when British troops massacred Irish civil rights protesters. United 93 put viewers on one of the planes hijacked on Sept. 11, 2001, while Captain Phillips recreated the 2009 invasion of a U.S. ship by Somali pirates. Greengrass’ quest for verisimilitude has had powerful results and earned him critical acclaim. He’s made another good film with 22 July, but I struggle to recommend it.

22 July revisits the 2011 terrorist attacks in Norway, carried out by Anders Behring Breivik. Within two hours, he bombed a government building in Oslo and carried out a mass shooting at a summer camp on the island of Utøya. In total, Breivik murdered 77 people and injured over 300 more, marking Norway’s deadliest attack since World War II. Greengrass’ film covers the attacks, the immediate aftermath, and Breivik’s trial. 22 July is as gut-wrenching as you would expect, given the subject. At times it’s almost unbearable. Still, I understand it’s important to depict the realities of the world in art, and as a historical document, 22 July will serve as a handy lesson for future viewers.

I guess the “too soon”-ness of the film is getting to me, though I’m not entirely sure why. Perhaps it’s the choice to follow the aftermath that is the source of my hesitation to embrace the film. Whereas United 93 and Captain Phillips show the attacks for the bulk of the runtime, 22 July takes a different, more conventional approach.

The film tells three primary stories. The first 45 minutes show Breivik’s final preparations, then the attacks themselves. The story of the survivors is primarily told through one family whose two sons survived. One son made it out unscathed, while the other son, Viljar (Jonas Strand Gravli) suffered five gunshot wounds. He struggles with nightmares and his intense physical therapy in the aftermath of the attack. Given the restraints of moviemaking, Viljar’s story acts as a stand-in for all of the victims out of necessity. It’s a choice that puts a lot of weight on one character.

Then there is Breivik himself. It won’t surprise anyone that he’s a right-wing extremist with an agenda against immigrants and the “elite.” It’s the same hateful rhetoric that fuels every terrorist. Anders Danielsen Lie plays Breivik as an emotionless cog in a larger battle. His disaffected portrayal is absolutely chilling and captures the banality of evil.

Two moments, in particular, stand out. Early in his attack on the island, Breivik calmly tells a room full of campers they are going to die. Later, when given the chance to speak in court, Breivik begins with a Nazi salute. Both moments land like a gut punch thanks to Lie’s work. Breivik also handpicks defense attorney Geir Lippestad (Jon Øigarden) to represent him at trial. Lippestad’s balance between an occupational sense of duty and disgust with his client is compelling.

The last story in 22 July tracks the inquiry into the government’s response to the attacks. This thread feels the most mechanical and doesn’t play as strongly as the others. The film doesn’t allot enough time to explore this side of the story effectively, and consequently, the scenes presented here have a cursory feel to them.

Despite my reservations, I must credit the craft on display. Greengrass employs his trademark handheld style but tones it down significantly. His shaky-cam aesthetic made the action in his films—particularly the Jason Bourne saga—hard to follow, while also making audiences queasy from all the movement. But in 22 July, Greengrass holds shots for much longer than usual, allowing the full weight of the images to sink in. It’s the right choice for this film, and I hope he employs it in future films.

Now I’m back to my original question: Why does this movie exist? I still don’t know. It’s a story that has been well covered, including Åsne Sierstad’s book, One of Us, on which Greengrass based his script. As a historical document, it will save time for the people who don’t want to read. Yet as a film, it isn’t cathartic or overly informative. It’s a good movie, made with respect for the gravity of its subject matter and the people involved. But it’s also a movie I hesitate to recommend. I suppose it’s too soon for me to tell, but hopefully, in time its purpose will become clear.