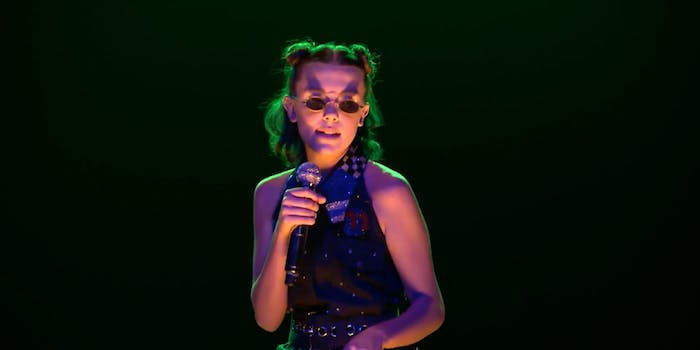 Eleven from ‘Stranger Things’ recaps season 1 in a rap

All of the important things in one verse.

Stranger Things 2 came out last week, but with so much good TV out there, on top of everything else going on, not everyone’s up-to-date. Luckily, if you need a quick way to catch up before diving into the Upside Down, Eleven’s got you covered.

Millie Bobby Brown, who revealed her rapping abilities on The Tonight Show last year by taking on Nicki Minaj’s verse in “Monster,” is returning to the mic with another verse. This time she’s spitting all of the major plot points of Stranger Things’ first season, familiarizing us with all of the essentials from the Indiana setting to her character’s affinity for Eggo waffles.

Not only are we pumped for the new season, but now we feel like we could even take on the Demogorgon.