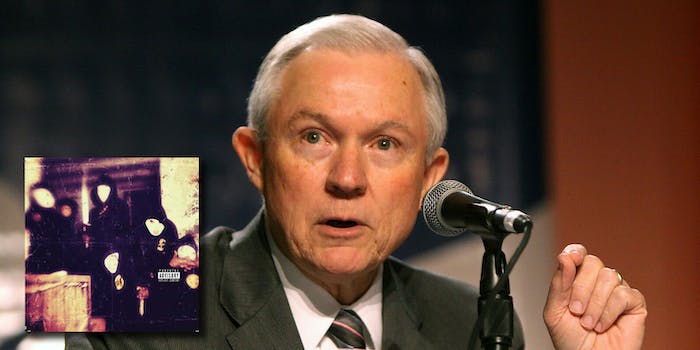 Wu-Tang Clan lovers rejoice—rare album Once Upon A Time in Shaolin has finally been confiscated from Martin Shkreli by the government, according to Forbes.

The U.S. District Court of the Eastern District of New York ordered the former pharmaceutical executive on Wednesday to give up the Wu-Tang record—along with $5 million from a brokerage account, a share in Vyera Pharmaceuticals, a Picasso painting, and his copy of Lil Wayne’s album Tha Carter V—all worth a total sum of $7,360,450.

“The United States hereby gives notice of its intent to dispose of the forfeited property in such manner as the United States Attorney General may direct,” the filing said, confirming that the fate of the album will be in Sessions’ hands.

Shkreli originally bought the sole copy of the album in 2015, immediately drawing criticism for his smug attitude about it—even a dismissed juror in his trial revealed said Shkreli “disrespected the Wu-Tang Clan.” But in March, he was sentenced to seven years in prison for securities fraud and the judge ordered that some of his assets be sold to pay reparations to the victims involved.

It’s unclear how long the album will remain with Sessions because Tarik “Cilvaringz” Azzougarh and RZA—both of whom produced the album—own 50 percent of the master recording. In the original sale contract, the producers specifically told Shkreli he couldn’t sell the album until 88 years after the initial purchase.

“The contract the album was sold under requires Mr. Shkreli to bind any new taker of the album to all of the same terms it was sold under,” Peter Scoolidge, Azzougarh’s attorney, said. “If and when that happens, my client could file papers in the forfeiture proceeding to enforce the restrictions on use of the album.”

Once Upon a Time in Shaolin‘s authenticity and value is murky—in September Shkreli allegedly put the album up for sale on eBay and sold it for $1 million, but was arrested before the sale was finalized. Shkreli also already leaked several of the album’s tracks, keeping the promise that he would if Donald Trump became president of the U.S.