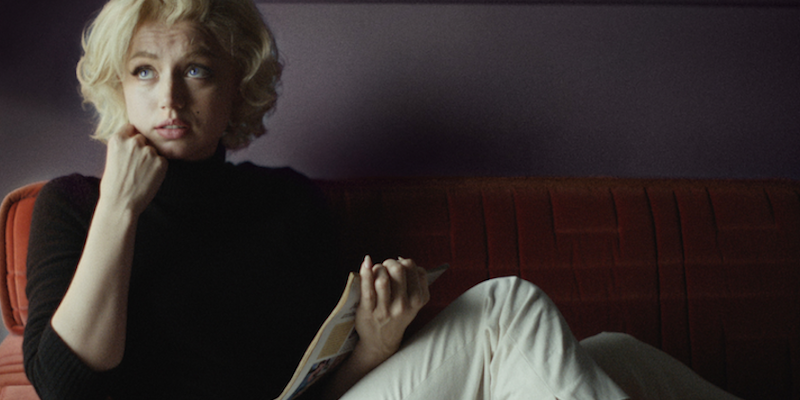 The fall movie season will test out whether that summer box-office bump was just a fluke.

Don’t Worry Darling, the Olivia Wilde film finally out this month, has been followed by a trail of drama that’s threatened to overshadow the actual film, and a now-clarified spitting incident involving Chris Pine and Harry Styles at the Venice Film Festival this week only heightened the stakes.

A viral tweet collected all the news coming out of Venice: “chris pine disassociating at a press conference, florence pugh showing up 15 mins late with an aperol spritz, tom cruise clinging to a plane and saying “see you at the movies!”, brendan fraser getting a six minute ovation…maybe cinema really is back.”

While Don’t Worry Darling isn’t getting great reviews, the fall movie season will test out whether that summer box-office bump was just a fluke.

In September, we’re looking forward to Netflix’s Marilyn Monroe biopic Blonde (Sept. 28), and Gina Prince-Bythewood’s The Woman King (Sept. 16). Triangle of Sadness, Ruben Östlund’s satire of the super-rich (and follow-up to The Square), makes its U.S. debut at Fantastic Fest before releasing Oct. 7.

The summer box office numbers were promising, but the No. 1 spot Labor Day weekend was Spider-Man: No Way Home, a movie that came out in December.