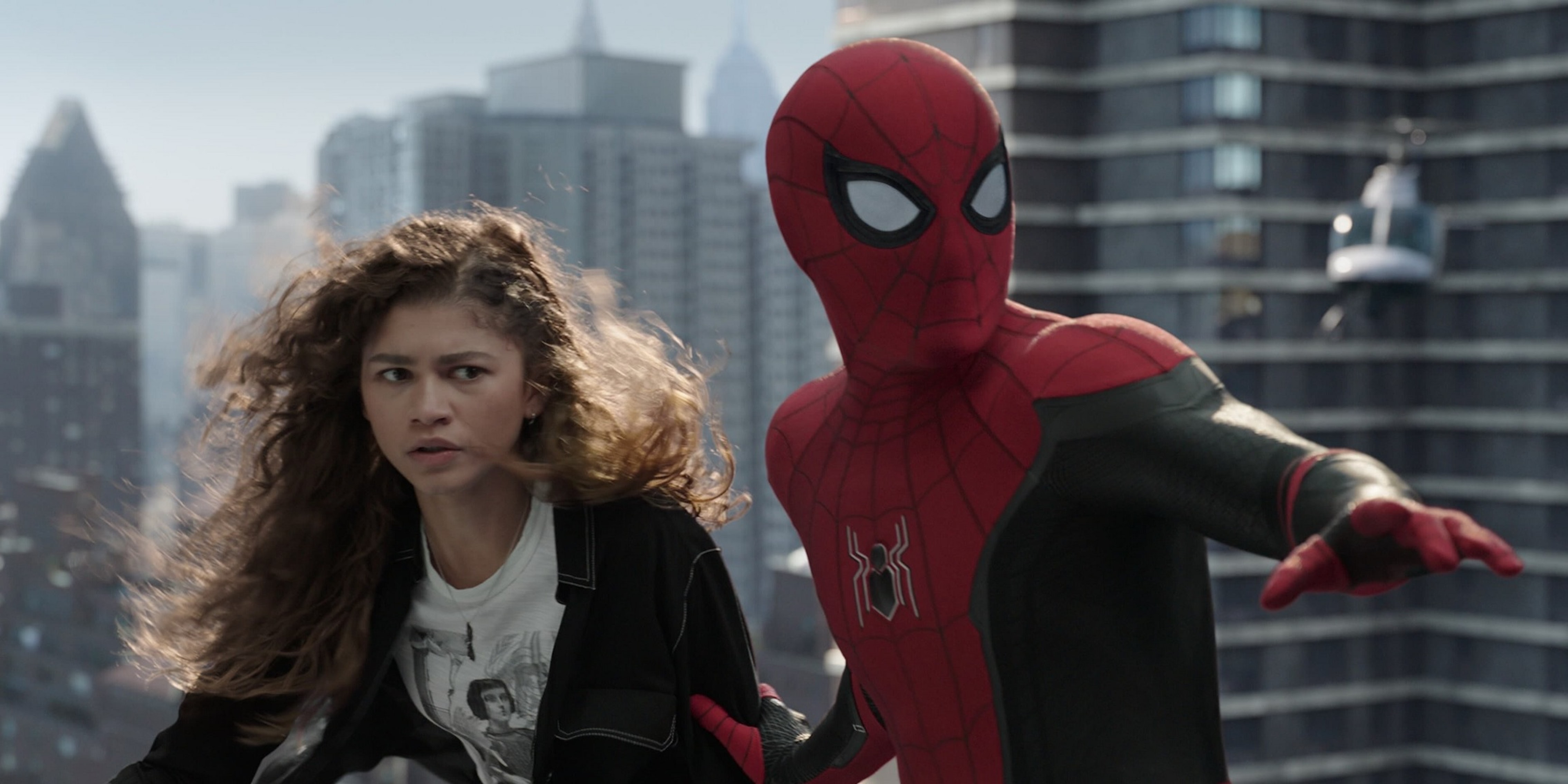 Review: ‘Spider-Man: No Way Home’ is an energetic crossover with plenty of heart

Tom Holland is as charming as ever in Jon Watts' third Spider-Man movie.

The first half of this review is spoiler-free. Spoilers will be clearly marked in the latter half.

Sometimes, the MCU’s obligatory one-liners can feel a little tacked on. Not so with Spider-Man, a character and franchise with a built-in sense of humor. Spider-Man: No Way Home is consistently funny while also being emotionally sincere, just as a Spider-Man movie should be. An impressive feat considering the overlong runtime and overstuffed cast, which brings together three separate franchises.

RELEASE DATE: Dec. 17, 2021
RELEASE: Theatrical
Tom Holland is as charming as ever in Jon Watts’ third Spider-Man movie, featuring a multiverse crossover with villains from previous Spidey franchises. While it suffers from some recurring MCU flaws (and from comparisons to ‘Into the Spider-Verse’), No Way Home is a thoroughly entertaining ride.

After being unmasked by J. Jonah Jameson (J.K. Simmons; now very fittingly an Infowars-style TV host), Peter Parker’s life is ruined. In desperation, he asks Dr. Strange (Benedict Cumberbatch) to cast a spell to solve his problems. But the spell misfires, creating a rift between universes. Villains from other Spider-Man stories begin to emerge—and they’re all baying for Peter Parker’s blood.

As the MCU enters its multiverse era, it’s impossible to avoid comparisons with Spider-Man: Into the Spider-Verse. A high bar that No Way Home can’t possibly meet. While Spider-Verse was fresh and aesthetically distinct, No Way Home is rather conservative. Writers Chris McKenna and Erik Sommers continue the character arcs they set up in the last two movies, while director Jon Watts sticks close to the MCU house style: Flat lighting, a greyish color palette, and a murky aura to the big CGI action scenes. There’s also an unnecessarily large supporting cast. (Was anyone really demanding more screentime for the Lizard?) But despite these predictable flaws, No Way Home is thoroughly entertaining.

Zendaya shines once again as Peter’s amusingly cynical girlfriend MJ, while Jacob Batalon inches slightly too far into the sidekick zone as Peter’s bestie Ned. However, the real headline-grabbers are the villains. Porting in from the last two Spidey franchises, we have Norman Osborn/Green Goblin (Willem Dafoe!!), Doctor Octopus (Alfred Molina), Electro (Jamie Foxx), Sandman (Thomas Haden Church), and the Lizard (Rhys Ifans). Willem Dafoe is a pleasure as always, shifting between maniacal smirks and his surprisingly vulnerable alter-ego as Norman Osborn. Molina chews the scenery literally and figuratively, tearing up concrete with his big ol’ tenta-claws.

Unavoidably, No Way Home continues some recurring thematic problems for the MCU’s Spider-Man. While Tom Holland is charismatic and well-cast, he’s never been fully convincing as an underdog—through no fault of his own. The MCU gave Peter a permanent safety net in the form of Stark Industries, going hand-in-hand with the erasure of his working-class roots (a bad idea!) and an overabundance of mentor figures. This franchise can’t resist giving Peter another white male daddy!

Happy Hogan (Jon Favreau) embodies this issue in No Way Home, giving Peter access to technology and assistance that a normal teen couldn’t possibly afford. But for the story to work, Happy also has to be a useless idiot. Make it make sense! Tom Holland may be playing your Friendly Neighborhood Spider-Man, but the film doesn’t really understand what that means.

Warning: The next section includes some spoilers. But not for the ending, c’mon now.

In the face of ceaseless leaks and rumors, Marvel and Sony spent the past year denying that Tobey Maguire and Andrew Garfield are in this movie. But guess what! The boys are back. The middle-aged boys. Reprising their roles as Peter Parker(s), Maguire, and Garfield play a significant role, teaming up with Tom Holland’s Spidey for the final third of the film.

Your enjoyment of this crossover is heavily contingent on your affection for Maguire and Garfield’s Spider-Men. To put it bluntly, these guys are mostly here for fanservice reasons. They don’t get new storylines like Han Solo in The Force Awakens. They provide banter and nostalgic callbacks and help Young Peter defeat the bad guys. Even their mentorship role is kind of redundant because Peter already has multiple mentors and Aunt May (Marisa Tomei). All that being said: They’re fun! Tobey Maguire’s rustiness (he’s mostly a producer these days) works in his favor, since we last saw his Peter Parker in 2007. He’s chilled out a bit since then. Meanwhile, Andrew Garfield brings a bit more zaniness and emotional volatility to his version of the character. You get the impression that the last few years have been rough on him.

My praise for No Way Home comes with a lot of caveats, but that’s somewhat inevitable this deep into the franchise. There’s a growing sense of MCU fatigue these days, both in terms of mediocre output, and the audience growing wise to overused tricks. It’s a testament to the cast’s watchability that Spider-Man: No Way Home works as well as it does. Churning along at a fast pace, it’s hard to say no to Tom Holland’s energetic appeal, or Willem Dafoe’s weirdo vibes. And Jon Watts leaves things in an intriguing position for future movies, when Holland’s Peter Parker will finally emerge from his teen years.