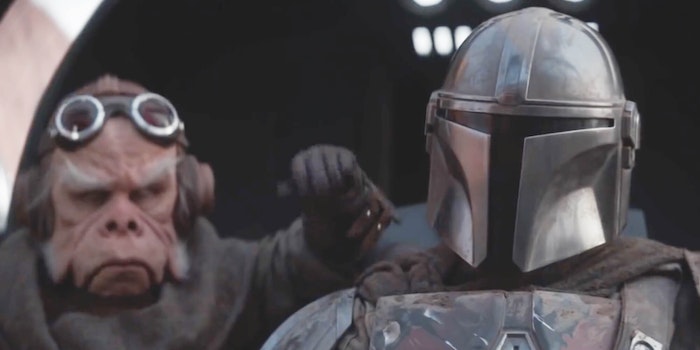 Disney+ up to 28.6 million subscribers–in 3 months

The news is also good for Netflix.

During Disney’s reported quarterly results on Tuesday, the company stated it had acquired 28.6 million paid subscribers on Disney+—a shocking number for a 3-month-old service.

The report wasn’t all good given its per-share profit declined by 17%, though revenue rose by 36%. The shortfall is associated with the massive build-out and promotion of the streaming platform. Disney chief executive Bog Iger told analysts that Disney+’ rise had “exceeded even our greatest expectations.”

Disney released the streaming service in November and discovered an instant breakthrough with The Mandalorian, a live-action Star Wars vehicle, pushed along with the introduction of Baby Yoda to the saga’s universe. (Iger said the series would return for a second season in October.) Even at the $6.99 introductory pricing, Disney+ had 10 million subscribers inside the first week, including an undisclosed quantity of new accounts for customers who signed up for free with a Verizon promotion. Per the report, the average monthly revenue per paid subscriber during the quarter was $5.56.

Despite Disney’s reporting, Disney+ doesn’t appear to be the monster competitor that some analysts predicted for Netflix. In fact, Bank of America analyst Nat Schindler, who reemphasized his stock buy rating and $426 price for the streaming giant this week, said “the positive outweighs the negative” and that Netflix remains the streaming standard. Netflix has continually outperformed Disney+ since the latter’s release.

“It is clear Disney+ engagement trails that of Netflix and this reinforces our view that Disney+ is not a substitute,” Schindler wrote, remarking that the average viewing hours per Disney + subscriber “widely trail those of Netflix.”

Engagement variations may continue as Disney’s highest-profile streaming releases for 2020, including Marvel vehicles and the second season of The Mandalorian, are “clustered” within the fall and fourth quarters—which “limits Netflix’s competition from a content perspective.”