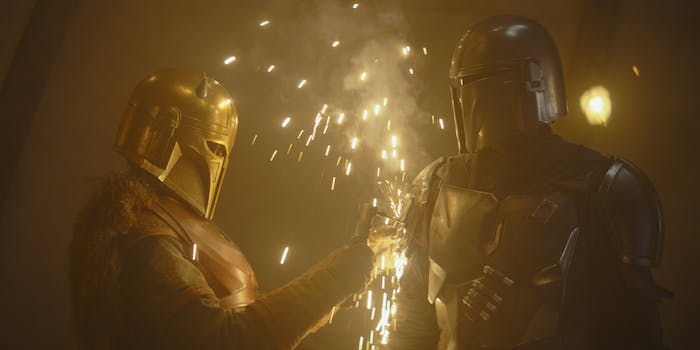 It's sooner than you think.

Disney provided its first major update on Disney+ since its launch in a quarterly earnings call Tuesday, but amid subscriber stats, Disney CEO and chairman Bob Iger revealed roughly when we’ll see three highly anticipated shows debut on the service—including the return of the streaming service’s bonafide hit.

According to Iger, Falcon and the Winter Soldier—Marvel’s first live-action TV show for Disney+—won’t arrive until August. Season 2 of The Mandalorian, which started filming as season 1 aired but wasn’t confirmed until after the season 1 finale dropped on Disney+, will start premiering episodes in October. WandaVision will premiere in December.

Exact dates for these respective premieres have yet to be revealed by Disney. But those respective release dates for the Marvel series match up with an earlier press release from Disney+ following the debut of its Super Bowl teaser trailer.

As for The Mandalorian, the season 2 premiere will arrive just under a year after Disney+’s launch and the show’s series premiere. It’s one of three Star Wars live-action TV shows—an Obi-Wan Kenobi and a Cassian Andor series are the other two—that are in various stages of development. Iger also confirmed that TV is where Disney’s main focus is in terms of Star Wars projects while the films are on hiatus. But thanks to The Mandalorian’s success, he teased the possibility of more Star Wars, including potential spinoffs starring Mandalorian characters.

“[The company is exploring] the possibility of infusing The Mandalorian with more characters and taking those characters in their own direction in terms of series,” Iger said, according to IndieWire.