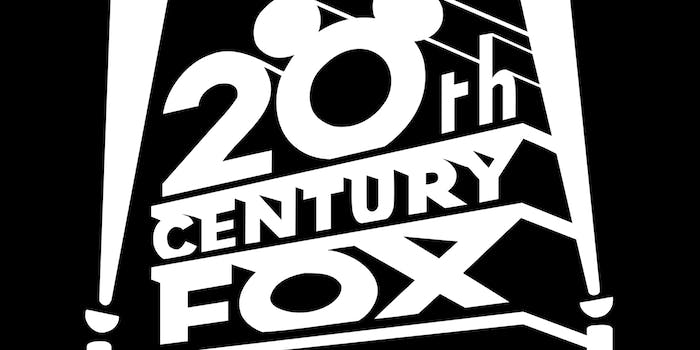 Disney will get all of Fox's film and TV productions, among other properties.

The deal, which we first learned about last month after discussion between Disney and Fox stalled but picked up stream last week, would turn most of Fox’s entertainment properties over to Disney. It will acquire all of Fox’s film and TV studios, cable networks, and international TV productions; a library of new properties including all of Fox’s Marvel superhero franchises (including X-Men, Deadpool, and Fantastic Four), Avatar, the Simpsons; and shows that air on FX Networks and National Geographic.

Disney will obtain Fox’s stake in Hulu, the U.K. network Sky, and Star in India. Disney Chairman and CEO Bob Iger would remain in his role at Disney through 2021.

Fox’s news and sports subsidies are not part of the deal; 21st Century Fox is planning to put those networks into a “newly listed company that will be spun off to its shareholders.”

“The acquisition of this stellar collection of businesses from 21st Century Fox reflects the increasing consumer demand for a rich diversity of entertainment experiences that are more compelling, accessible and convenient than ever before,” Disney Chairman and CEO Bob Iger said in a statement.

The lengthy press release from Disney highlights the benefits of the deal, which largely focuses on the properties it will obtain, including fans’ dream of finally seeing a united Marvel Cinematic Universe on-screen and Avatar, which is already incorporated into Disney’s theme parks as an explorable world. With the acquisition of Fox’s stake in Hulu, the deal also makes Disney—which is planning to launch its own standalone streaming service in 2019—a major streaming player.

The deal will also have many worried—and not just because the Simpsons predicted it nearly 20 years ago. The deal is essentially folding one of Hollywood’s major studios into another, creating more of a monopoly in the entertainment industry. There’s concern about one studio holding that much control over those properties and whether Disney might try to water down some of its raunchier franchises like Deadpool or abandon riskier projects because it’s not as family-friendly. There may be a decrease in films being released if Disney doesn’t want to compete with itself, which could affect jobs.

Last month, Disney blacklisted the Los Angeles Times, refusing its entertainment reporters and critics access to film screenings after the business section reported on Disney’s business dealings in Anaheim, California. After critics rallied behind the Los Angeles Times and threatened to boycott all Disney screenings, Disney ended the blacklist. With another studio in its hands, the potential retaliation from Disney if another publication reports on something Disney doesn’t like could be even bigger.