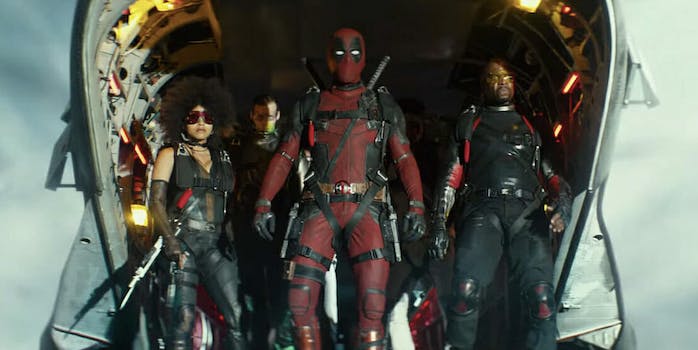 Don't expect Deadpool to join the MCU anytime soon, however.

Disney will keep future Deadpool movies R-rated, Chairman and CEO Bob Iger confirmed in a first quarter earnings results call on Tuesday. This comes as the family-friendly company completes its acquisition of Fox, the Merc with the Mouth’s original home, by the early part of 2019.

It won’t even stop there: Iger hinted at the possibility of creating more adult-oriented Marvel movies. “We do believe there is room for the Fox properties to exist without significant Disney influence over the nature of the content. We see that there is certainly popularity among Marvel fans for the R-rated Deadpool films, for instance. We are going to continue in that business, and there might be room for more of that.”

alone has made over $785 million at the box office with a budget of $110 million, while the first movie of the franchise earned over $783 million with a measly $58 million budget.

Among the R-rated titles that Disney would possibly release are Deadpool 3, which Fox had previously been working on, and an X-Force spin-off featuring Deadpool and time-traveling mutant Cable, DigitalSpy reports. (Comicbook.com listed seven more R-rated Marvel movies Disney could make.)

Both Deadpool creator Rob Liefeld and star Ryan Reynolds confirmed in January that they were already working on Deadpool 3. However, Reynolds said they were “looking to go in a completely different direction,” according to Variety.

If you’re wondering how the edgier superhero franchise will co-exist with more wholesome content, Iger assured fans that Disney is “very carefully branding them so we’re not in any way confusing the consumer.”

ScreenRant took this part of Iger’s statement to mean that it “could potentially keep Deadpool out of the MCU.”

According to the website, “Thanks to Deadpool’s meta-approach and fourth wall breaking, he would appear to be the one character poised to [not be absorbed into the MCU] and make even more jokes about it. … If that’s not the case, then how Disney, Fox, and Marvel are able to clearly differentiate the R-rated superhero film from the other MCU films will be something to watch.”

IGN also points out that “a character like Deadpool might have a hard time crossing over [to the MCU] without slipping into R-Rated territory,” as its superhero movies have never breached PG-13 parameters.

Does this mean Deadpool might come to Netflix? Maybe not. While it appears that Deadpool may not belong in Disney’s own streaming service Disney+, which is set to launch by the end of 2019, it will likely land along with other adult-oriented content on Hulu. “Disney will own a majority stake in Hulu once its acquisition of 21st Century Fox is finished, and the company could use Hulu as a way of streaming its R-rated films while keeping Disney+ family friendly,” the Verge reports.