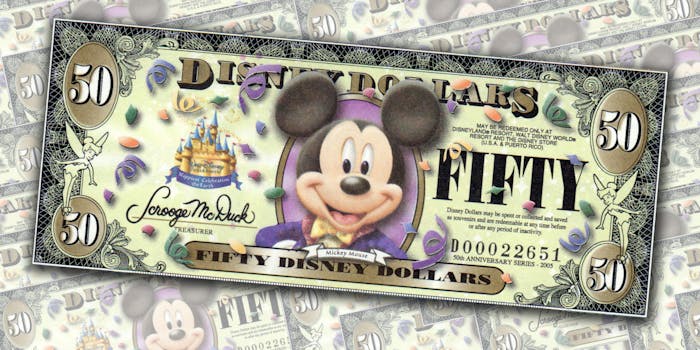 Twenty-First Century Fox has agreed to a new and revised deal to be purchased by Disney two weeks after Comcast countered Disney’s original offer.

The new deal will be worth approximately $71.3 billion, according to a press release of the announcement. That amount includes both stock and cash, with Disney purchasing 21st Century Fox’s stock at $38 a share, an increase from the original $28 per-share price tag. The new offer from Disney also allows 21st Century Fox shareholders to receive consideration in cash or stock.

“We are extremely proud of the businesses we have built at 21st Century Fox, and firmly believe that this combination with Disney will unlock even more value for shareholders as the new Disney continues to set the pace at a dynamic time for our industry,” 21st Century Fox Executive Chairman Rupert Murdoch said in a statement.

The terms of the deal, in regards to what Fox properties Disney is trying to obtain, remains the same. In return, Disney would obtain Fox film and TV studios (and all of the properties falling under those umbrellas), cable TV networks, international channels, and Fox’s stake in Hulu. Fox’s broadcast network (and its TV stations), Fox News, and its sports channels would remain with 21st Century Fox.