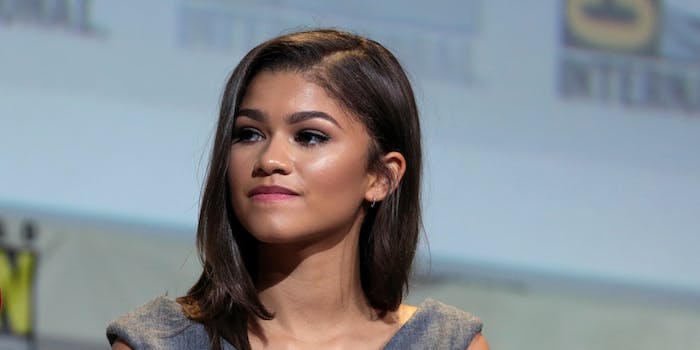 The safety measures for this film are seriously impressive.

The next year of film and TV is unavoidably marred by delays as studios navigate how to restart production during the pandemic.

Some big-budget projects like Avatar 2 solved the problem by filming under controlled conditions overseas, but that option isn’t available to most filmmakers. You need to follow some very specific safety guidelines to make things work on a smaller scale, as proven by Zendaya and John David Washington (Tenet) who filmed an entire movie in secret this summer.

Titled Malcolm & Marie, the movie was written and directed by Sam Levinson, who created Euphoria, which Zendaya also starred in. The movie was filmed over two weeks in June and July, all in the same location: A California mansion called Caterpillar House.

Deadline describes the film as similar to Marriage Story, which basically just means it’s a relationship drama. The real draw here is the combination of star power and the novelty of a movie filmed under lockdown conditions.

Right now there’s a lot of concern in the film industry about how production companies will reopen. Is it even possible to create a safe working environment on a movie set, which often involves tens or even hundreds of people wandering around in close proximity?

It sounds like Malcolm & Marie was a consciously small production, which would help with the safety issues. The Hollywood unions for writers, directors, and actors all signed off on the production, which involved the entire crew taking coronavirus tests and quarantining together. The cast and crew wore protective gear, separated out into different “pods,” and observed social distancing protocols. It was also an unusually pared-down staff, with the actors handling their own costumes and microphones.

The Deadline report goes into a lot of detail about Malcolm & Marie‘s safety measures, which sound like an ideal way to protect a cast and crew from infection––while also being rather unlikely to happen on most film sets.

The movie was a self-funded operation that could be filmed in one secluded house; a very different situation to the high-pressure environment of filming TV shows with 20 episodes per season in numerous locations. Industry unions recently published detailed guidelines on how to keep people safe as Hollywood reopens, but as the coronavirus cases run high in California, it’s hard to imagine other projects managing to be as safe as this one.