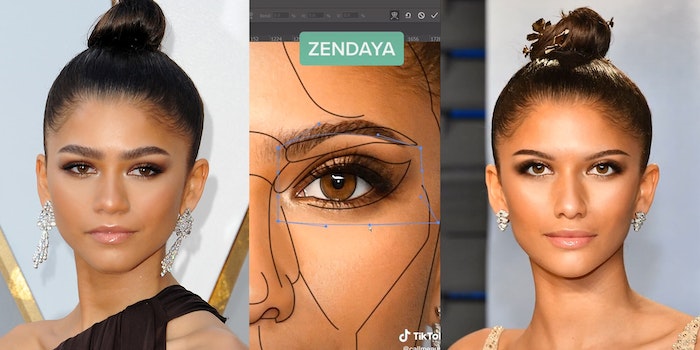 'Perfect by WHOSE standard?'

A recent TikTok has gone viral for attempting to alter a photo of Zendaya to give her “perfect facial features.”