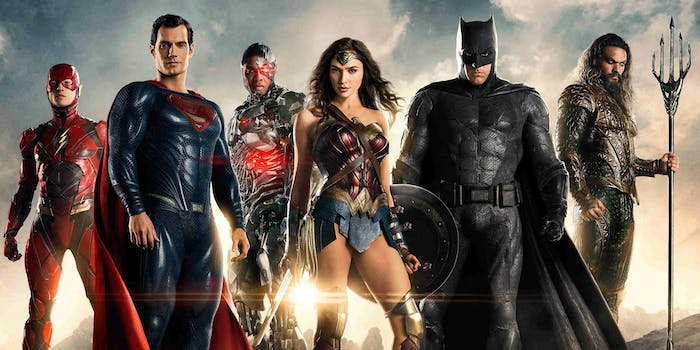 Big-budget blockbusters typically aim for a PG-13 rating, hoping to attract the widest audience possible. If your film is only available to adults, then it most likely just can’t make as much money.

While Zack Snyder has an affinity for R-rated violence, he had to tone it down for his DC Comics movies. But that’s going to change for the extended director’s cut of Justice League, which comes out on HBO Max in March.

Zack Snyder’s Justice League is reputed to be about four hours long, twice as long as the original. Apparently that extra runtime includes some adult-rated material, because the MPAA just gave it an R rating for “violence and language.”

Snyder already mentioned that Batman would drop an F-bomb in the film, but the MPAA does allow one F-word per PG-13 movie, as demonstrated by Wolverine’s brief cameo in X-Men: First Class. So we can probably expect some strong language elsewhere.

In the post-MCU era, R-rated superhero movies are rare. Logan and the two Deadpool films are the only two from Marvel, while Joker (more of a drama than a traditional superhero movie) was DC’s first.

As someone who works with a colossal budget and A-list superheroes, Snyder was inevitably constrained by Warner Bros.’ desire for a family-friendly rating. But he was clearly toeing the line as closely as possible, considering the violent tone of Batman v Superman, whose extended home release did actually get bumped up to an R rating.

An R rating doesn’t denote maturity or sophistication, but it does play into Snyder’s brand—particularly if you’re a fan who supports the idea of a DC/Marvel rivalry in which Disney’s Marvel movies are squeaky-clean while Snyder aims for a dark and edgy tone.

That era of the DC/Warner Bros. franchise is arguably over. New DC spinoffs represent a variety of tones, from upbeat action (Birds of Prey) to kid-friendly comedy (Shazam) to wholesome traditional blockbusters (Wonder Woman). But plenty of DC fans believe that Snyder was held back from delivering the dark and gritty film he wanted, so this R rating is ostensibly another sign that Zack Snyder’s Justice League will improve on the original and give fans what they want.