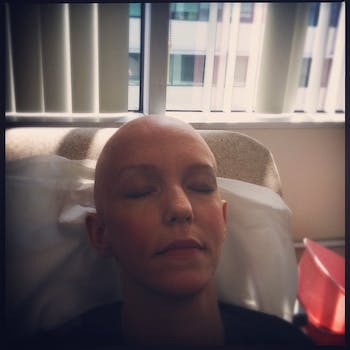 Can charity backers turn into spammers and bullies?

What started out as another way to raise awareness on the current drought in Africa quickly turned into a PR nightmare, when one Internet celebrity’s army unleashed their trollish side onto another Internet celebrity who has cancer.

YouTuber, gamer, and poker player Athene Wins, whose real name is Bachir Boumaaz,  has been trying for weeks to raise awareness of the famine in the Horn of Africa, caused by a historical drought, through various social media platforms.

One of the tactics he uses is asking his fans during his daily livestream show on his website to tweet at various celebrities in an effort to get celebrities to support his cause by either donating or simply spreading the word.

The tactic sometimes works; on April 10, Athene Win’s fans got writer, producer, actress, and geek goddess Felicia Day to tweet about the charity, which ended up boosting donations.

On April 19, however, when Athene Wins asked his fans to tweet at journalist and Internet personality Xeni Jardin, things quickly soured.

Jardin didn’t take kindly to all the Twitter “spamming,” calling it “uncool,” “tone-deaf and inappropriate.”

“@reese015 @AtheneLOL stop spamming me,” she tweeted. “It’s not cool. Hundreds of spams mentioning my cancer + demanding I help? Not making me want to help.”

Jardin then used quotation marks to describe the fundraising efforts of Athene Wins, saying in answer to a question by tweeter jamesrbuk:

“@jamesrbuk it’s a specific online “campaign” organized by a Belgian gamer to “end hunger in Africa.”

Many clearly interpreted those quotes to be derogatory.

Some of Athene Wins fans, upset by Jardin’s response, which they interpreted as derogatory, proceeded to insult her on Twitter. Many called her “selfish,” while other, more hateful tweets included death threats or mocked Jardin’s battle with cancer.  Jardin proceeded to collect said tweets and share them with her angry fanbase, upping the late-afternoon Twitter drama.

Athene Wins has since apologized repeatedly for the actions of his fans, calling them “trolls.”  Athene Wins said he has nothing but “love and support” for Jardin, and told his fans as much.

“@xeni did not at all expect those types of tweets, as a long-time hardcore supporter of yours and boing boing: deepest apologies”

At press time, Jardin had yet to accept, or address, Athene Wins apology.

Update: Jardin responded to the apologies of Athene Wins (and his business partner Reese Leysen) Thursday night, writing: “I realize now neither of you had any ill will. I’m not upset at you. Respectfully suggest rethinking tactics next time.”  Both Leysen and Athene Wins seemed in agreement.

Jardin also suggested the duo email her next time, instead of “tweetbombs,” as she’s not “Oprah, Obama, Beiber.”

It also appears Athene Wins assertion that the attackers were “trolls” has some merit: A Daily Dot reader posted in the comments section a link to a post in a gaming and trolling forum specifically targetting Leysen. The forum called Thursday’s Twitter harrassment “Operation Discreditation.”

Despite the newfound peace on Twitter between Athene Wins and Jardin, that hasn’t stopped others from misunderstanding the situation, like Scott Beale, founder of the popular blog Laughing Squid, who tweeted: “@xeni Wow, I have no idea who those guys are who launched that campaign to harass you, but holy crap they suck. That’s a new low on Twitter.”

Editor’s note: an earlier version of this story misstated Jardin’s response. We apologize for the error.