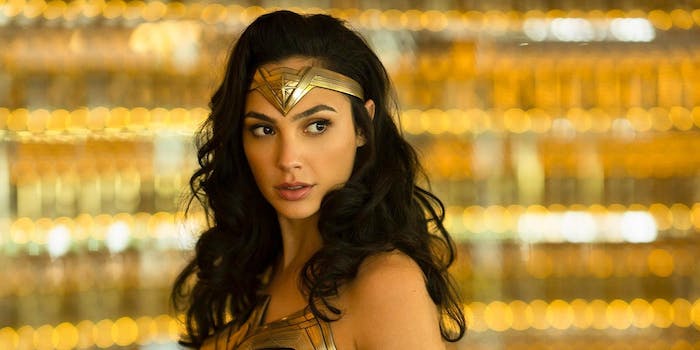 ‘Wonder Woman 1984’ is coming to HBO Max on Christmas Day

You'll be able to stream the 'Wonder Woman' sequel at home.

Following in the footsteps of Disney‘s live-action Mulan, Wonder Woman 1984 will come out on HBO Max next month instead of getting a traditional, theatrical-only release. In a normal year, this movie might have reached a billion dollars at the box office, so it’s rather surprising to see Warner Bros. opt for a hybrid online/IRL release instead of delaying it until next year like Dune or Marvel’s Black Widow.

Wonder Woman 1984 will now hit HBO Max and U.S. cinemas that remain open at the same time, on Dec. 25. Meanwhile, it will receive a more typical theatrical release overseas. This means Warner Bros. can get the film to its widest possible audience during the pandemic, banking on fans being willing to pay for an HBO Max subscription.

Unlike Mulan, which cost an extra $30 on top of a Disney+ subscription, the Wonder Woman sequel will simply be available to all HBO Max subscribers. However, it will only be on HBO Max for one month. After that, it’s expected to get a more traditional VOD release.

This news is earning a mixed response. On one hand, moviegoers have been clamoring for more at-home releases all year. Between cinema closures and public health concerns, lots of people just won’t go to the theater, even for much-hyped movies like Tenet. Plenty of Wonder Woman fans are overjoyed to know that Wonder Woman 1984 will be available to watch at home during the holiday season.

On the other hand, it kind of sucks that most people won’t get to see it in theaters. Wonder Woman was a big-screen movie, and its sequel probably won’t have the same impact on home release. This also means that 2020’s two biggest straight-to-streaming releases—Wonder Woman 1984 and Mulan—were both female-led movies directed by women, while blockbusters like Dune, Fast & Furious 9, and James Bond were pushed forward to more viable release dates in 2021.

Warner Bros.’ decision may have a lot to do with HBO Max itself. Media companies are desperate to compete with Netflix, and HBO Max needs to attract more subscribers. Wonder Woman 1984 is certainly the kind of A-list movie that attracts a big, mainstream audience during the holidays.