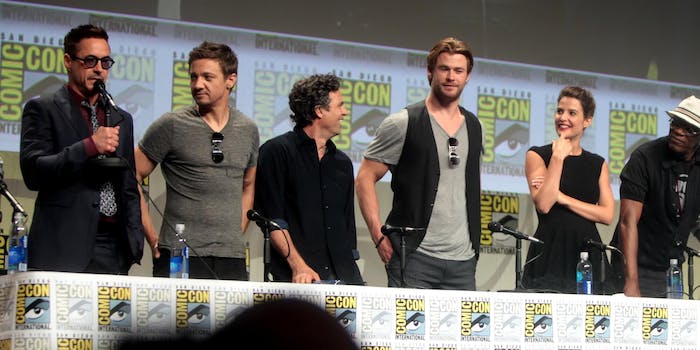 SDCC's organizers still seem to think the event can happen in July.

For the next couple of months, everyone is meant to avoid large crowds of people. Theme parks are closing left and right, and the same goes for fan conventions. So, it was a real surprise to see San Diego Comic-Con prevaricate about canceling this year’s event. SDCC’s official Twitter account announced this week that the organizers are monitoring “the situation” with local authorities, and “No one is as hopeful as we are that we will be able to celebrate #SDCC2020 together come July.”

Considering the current state of the COVID-19 pandemic, this statement sounds downright delusional. SDCC takes place in late July, and while the outbreak is expected to have passed its peak by then, that doesn’t mean it will be “over.” It certainly won’t be a good idea to attend a massive convention with guests flying in from around the world. Regular convention-goers will tell you that these events are already hotbeds for viral illnesses, hence the term “con crud,” the nickname for colds and flus that people catch at crowded convention centers.

Boasting about 130,000 attendees each year, SDCC is one of the biggest conventions in the world. It’s also a key event in the promotional calendar for movie studios and geek culture in general, overflowing with celebrity guests and merchandise. In other words, canceling will be a complicated financial endeavour.

It’s entirely possible that SDCC is avoiding cancelation for insurance reasons, which was why SXSW held off until the last moment. These events often stand to lose more money if they pull the plug themselves, as opposed to canceling because they’re forced to do so by the government. But for the moment, that’s just speculation. According to Comic-Con’s public statement this week, the organizers are still hoping to go ahead with the convention.

If SDCC does refuse to cancel outright, it can’t possibly go ahead in its usual format. In the same way that companies like Amazon preemptively withdrew from SXSW, some guests are sure to cancel their appearances for safety reasons, or because it would be bad publicity. No one wants to become a deadly disease vector while promoting their new TV show. Not to mention the fact that a lot of the things that SDCC usually promotes… are also canceled. Aside from the obvious dangers of cramming thousands of people into Hall H, it would be pretty weird to host a Marvel Studios panel where all the movies are delayed. Put simply, SDCC cannot happen. The organizers just haven’t pulled the trigger yet.