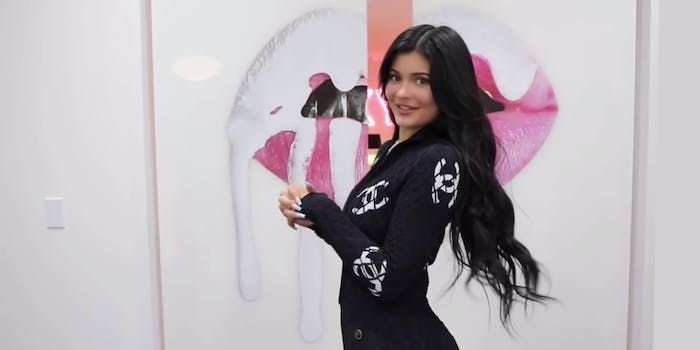 Kylie Jenner's become a meme yet again—but this time, she's profiting off it.

The Jenner-Kardashian clan is one of the most meme-able families ever, and Kylie Jenner is no exception. All it took was her singing three words for her to become the hottest new Twitter meme. “Rise and shine” is literally everywhere.

What is the ‘Rise and Shine’ meme?

It all started in early October when Jenner posted an “office tour” vlog on her YouTube channel. In the video, Jenner took her viewers on a virtual tour of her Kylie Cosmetics office, stopping by her daughter Stormi’s playroom in the process. There, she decided to wake Stormi up from a nap by crooning “riiise and shiiine” in just… the most awkward way possible.

4:12 am and this is sending me pic.twitter.com/cGSaDazzA4

Ok but do y’all hate me yet pic.twitter.com/W3i6Z6y4CO

We need a collab between these 2 legends @KylieJenner @ladygaga pic.twitter.com/lJqkTtJOsL

Before long, the audio was making its way around TikTok as a full-blown phenomenon.

Even several high-profile celebrities joined in on the fun—including Ariana Grande, Miley Cyrus, and, for some reason, Jenner’s ex, Tyga.

Meanwhile, Jenner’s been making moves amid all the growing hype—just days after going viral, the makeup mogul managed to trademark the phrase “rise and shine” for cosmetics along with, according to TMZ, “belts, pants, coats, dresses, footwear, gloves, headbands, headwear, jackets, loungewear, scarves, sleepwear, socks, swimwear and undergarments.” She’s reportedly working on landing a trademark for a jingle of the phrase, as well.

On top of all this, Jenner whipped together a couple of “rise and shine” branded hoodies, both of which sold out nearly instantaneously.

We’re sure her enterprising momager, Kris Jenner, is quite proud.