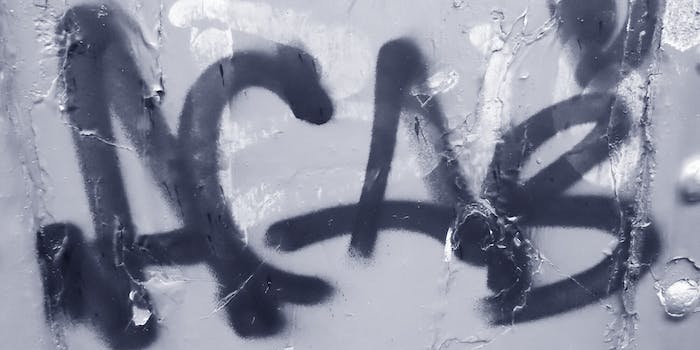 What does ‘ACAB’ mean?

The term has become a rallying cry of the Black Lives Matter movement.

In coverage of Black Lives Matter protests that swept across the country this summer, in the wake of the Minneapolis police killing of George Floyd, the acronym “ACAB” has been emblazoned prominently on signs and throughout social media. Users even began adding ACAB stickers to Instagram stories. But with so many terms now coming to light with the recent (and frankly, much overdue) scrutinization of police culture, the uninitiated may be wondering what, exactly, this means.

‘ACAB’ = All Cops Are Bastards

Fortunately, you don’t have to look far for a simple answer. As defined by Urban Dictionary, “ACAB” stands for “All Cops Are Bastards,” or its numerical code equivalent of “1312.” Even the basic number “12” is seeing a sudden spike in usage, which essentially stands for any police officer—with “fuck 12” being another popular variation.

The origins of ‘ACAB’ 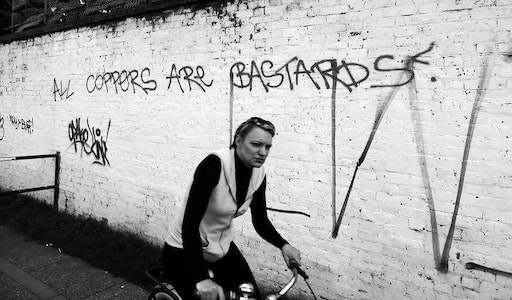 Though it suddenly seems to be everywhere, ACAB is certainly not a new term. In the United Kingdom where it originated, ACAB was initially used as the abbreviation of the phrase “All Coppers Are Bastards,” which was adopted by punks and anarchists in the 1970s and 1980s. At the time, it was fairly common for people immersed in these subcultures to have the letters tattooed across their knuckles or in other prominent placements.

Ironically enough, particularly in the context of the Black Lives Matter movement, the term also had connotations in the skinhead community. The Anti-Defamation League classifies ACAB as a potential hate term, warning that it “should be carefully judged in the context in which it appears.”

To understand the rhetoric of ACAB requires a deeper conversation about the history of systemic police brutality in the United States, which has been disproportionately targeting people of color in America for centuries.

Modern policing as we know it has origins stemming from slave patrols, which first rose to power in the Carolinas in the early 18th century and were commonplace throughout the southern United States. These vigilante squadrons, which were comprised primarily of white volunteers, were empowered to enforce slavery laws by any means possible. Tactics included forcefully entering anyone’s home—regardless of race, ethnicity, or social class—based on suspicions that the homeowners were sheltering runaway enslaved people.

Though slave patrols were formally dissolved after the Civil War ended in 1865 (and informally, evolved into the Ku Klux Klan) racist government policies continued to target formerly enslaved Black people. For three years following the Civil War, “Black Codes” mandated how and where African Americans could live and work—in an effort to ensure cheap labor even after slavery was abolished.

But even after Black Codes were made illegal by the ratification of the 14th Amendment in 1868, which gave formerly enslaved people equal protection under the Constitution, they were soon replaced by Jim Crow laws.

Over the course of the following 80 years, Jim Crow laws allowed for racial segregation by mandating separate public spaces for Blacks and whites. These included schools, restaurants, libraries, restrooms, public transportation, and even using water foundations. Police were tasked with enforcing Jim Crow laws, and Black people who were believed to have been in violation were often subject to police brutality or lynching.

However, policing during the Jim Crow era operated by double standards, much like it continues to do today. When Black people were harassed, lynched, or hunted down by mobs—either by officers, KKK members (or officers disguised as KKK members), and private citizens—perpetrators often went unpunished. Likewise, police were rarely accountable for failing to intervene in these situations.

Historians will argue that one of the primary failures of reconstruction after the Civil War was neglecting to address the history of slave patrols. Unfortunately, this can be directly correlated to the entrenchment of systemic police brutality and racism that is still prevalent today.

What we mean when we say ‘all cops are bastards’

Perhaps the biggest misconception when it comes to ACAB as it pertains to modern policing is that, surely, not all cops are bastards. Aren’t there some good cops out there, who legitimately want to protect and serve their communities?

To put it in the most simple terms possible, as the old saying goes: “one bad apple can spoil the entire bunch.”

Thanks to ironclad police unions, even today, it’s extremely rare that police officers are actually accountable for their actions—and even rarer that they’re held accountable by one of their own. When these so-called “good cops” conveniently turn their heads to the misdeeds of their colleagues, they’re essentially complicit.

As part of a New York Times student editorial contest last year (before NYT op-eds were basically canceled), 17-year-old winner Narain Dubey broke down the subject of “not all cops” in an essay about changing the social narrative about policing in America. In the piece, Dubey recalls coming to terms with the fact that police officers are not necessarily the “good guys” after learning about police brutality at a young age. However, he didn’t become fully disillusioned until a few years later, when his cousin, a “young, unarmed, African-American,” was shot and killed by police while driving.

“People are quick to challenge discussions of police violence with the idea that ‘not all cops are bad cops,'” Dubey writes, of the primary argument against ACAB. “But when we argue in defense of the morality of individual police officers, we are undermining a protest of the larger issue: the unjust system of policing in the United States.”

“It is not that some police officers aren’t doing admirable things in our communities, he continues. “But revering police officers for not abusing their power is dangerous—it normalizes police violence and numbs society to these issues. The idea that ‘not all cops are bad cops’ belittles attempts to uproot the system. When we go out of our way to controvert this fight, we are perpetuating the inherent problems with racialized policing.”

It’s easy enough to compartmentalize individual thoughts and feelings about “good cops” when it comes to a catchall term like ACAB, but to fully comprehend a deeply flawed system takes a much greater effort. When activists talk about defunding the police, they’re not talking about doing away with cops altogether, but dismantling and rebuilding a system where police have, for far too long, been able to serve as judge, jury, and—quite literally, in many cases—executioner.

As ACAB has become a rallying cry of the Black Lives Matter movement, the term has been inescapable across social media platforms. We’re currently living in a historic moment embodied by a generation that wants change and peace—and is not willing to wait several more decades for it. However, this generation is also very good at the internet, as evidenced by the proliferation of both clever and acerbic ACAB memes found across Twitter, Reddit, Instagram, and more.

In a similar vein to ACAB memes, many emerging memes roasted police apologists, or “boot lickers”—as in, those who humble themselves in the face of authority in order to curry favor. Typically, these boot lickers are associated with coming up with excuses for cops, or for asking questions about why victims of police violence don’t “just cooperate” or do what they’re told. Those accused of being boot lickers likewise predictably tend to be “blue lives matter” folks.

As the Black Lives Matter movement surged over the summer of 2020, it coincided with the coronavirus pandemic, which in turn, intersected with an emerging pop culture phenomenon. The Nintendo Switch game Animal Crossing became a popular way for people to pass the time in quarantine or state lockdowns. Not surprisingly, it also inspired more than a few ACAB memes. After all, who better than to explain why all cops are bastards than a bunch of cute and colorful animal friends?

Speaking of our animal friends, McGruff the Crime Dog—the animated bloodhound used by the National Crime Prevention Council to increase crime awareness in the ’80s—also became front and center of a few memes. Of course, in these instances, McGruff is used against the criminal justice system to warn children about police, not criminals.

Predictably, some of the early ACAB memes over the summer evoked the popular 2003 single “Mr. Brightside” by The Killers.

All Cats Are Beautiful’ memes

In yet another irreverent take on ACAB memes, some people used the acronym to come up with clever “All Cats Are Beautiful” memes. These memes are not necessarily meant to detract from the movement, (such as “blue lives matter”) but just a friendly reminder that while, yes, all cops are bastards—all cats are also beautiful. It can embody both things!

Universal police reform is going to take a lot of hard work and effort. But while it may appear a lofty goal, it’s not a completely unattainable one. Minneapolis’s city council has already has voted to disband the city’s police department, and they would not even be the first city in the United States to successfully do so. But until that day comes for every city across the nation, ACAB is an important message in the movement for police to finally be held accountable.