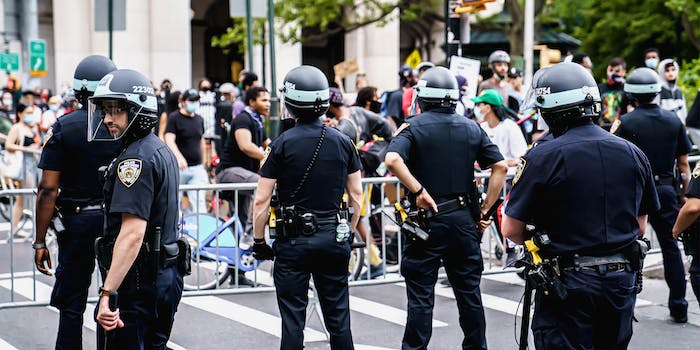 Republican Senator Tom Cotton wrote a piece titled 'Send in the Troops'. It did not go over well.

Current and former New York Times staffers are blasting the paper for publishing an opinion piece by Sen. Tom Cotton (R-Ark.) in which he calls for the use of military force to suppress the ongoing protests.

James Bennet, the editor in charge of the Times‘ editorial section, defended the decision as part of a duty to show readers dissenting opinions and counterarguments.

However, many of his colleagues disagree and believe that allowing Cotton to publish the piece serves as an endorsement of his stance rather than merely informing the public about it. Bennet’s predecessor, Sewell Chan, said in a tweet that the decision to publish the op-ed “falls short of sound journalistic practice.”

Many staff members have been tweeting the phrase “Running this puts Black @nytimes staff in danger,” along with a screenshot of the heading.

Editor Jazmine Hughes included a follow-up tweet to specify that “this story endangers *all* black people, NYT staffers and not. But for this, this is a labor issue. This is our livelihood. This is embarrassing.”

This public dissent isn’t limited to just the writing and editorial staff. Many of the Times’ software engineers called out sick today in protest over the tools and architecture they developed being used to publish and disseminate Cotton’s article. Web developer Minerva Archer called the article “a credulous and poorly fact-checked piece advocating for military violence against American citizens,” adding that she was ashamed the content management system she helped develop was used to publish it.

Readers are also publicly announcing that they’re unsubscribing from the Times due to the Cotton op-ed.

The New York Times isn’t the only paper facing walkouts and public condemnation from its staff today over coverage related to the ongoing protests. Staff at the Philadelphia Enquirer are also holding a walkout over the recent headline “Buildings Matter, Too.”