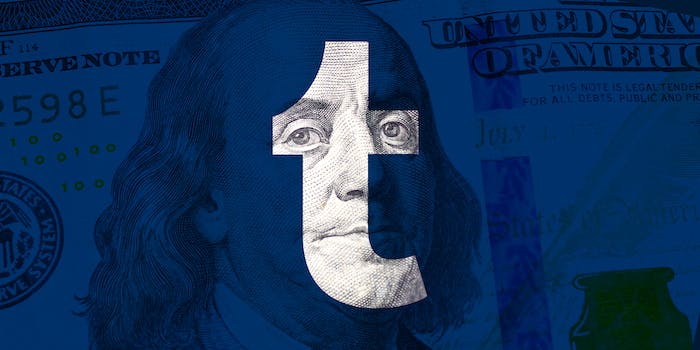 Tumblr is testing a subscription service—users already hate it (updated)

Tumblr's Post+ will allow users to monetize their blogs, but there are major concerns that this could violate copyright law for fan creators.

Tumblr is full of creative artists who want to make money from their work, often utilizing other platforms like Patreon, Ko-fi, or Kickstarter. So, it makes sense for Tumblr to launch its own in-house subscription service, right?

Tumblr announced Post+ on Wednesday, a subscription service that allows creators to put some content behind a paywall, asking followers to subscribe at three different tiers: $3.99, $5.99, or $9.99 per month, with Tumblr taking 5% of the profits. Echoing Substack, it sounds like an efficient way for Tumblr users to earn money on the platform. But judging by the response on Tumblr’s Post+ tag, this idea was met by an overwhelmingly negative response. Some of that criticism focuses on creative fanworks like fanfiction because Tumblr’s Post+ announcement seemingly encourages people to break copyright law.

Despite the widespread use of third-party fundraising platforms on personal blogs, Post+ is inspiring a deluge of mockery and criticism. This is partly due to Tumblr’s culture, where users see the platform as an anarchic space where (unlike Instagram, Facebook, or Twitter) influencer-style power users never managed to thrive. The other issue is what type of content people are able to monetize on the site, particularly in the wake of Tumblr’s 2018 purge of NSFW creators. Post+ might have been very useful for sex workers, but they’ve mostly been removed from the site.

Aside from Tumblr’s two official announcement posts, the most popular posts on the Post+ tag are either derisive (“you can now pay up to $9.99 per month to hear the worst takes of your life“) or actively critical, like this blogger advising users on how to campaign against Post+. There’s also a lot of discussion about how Post+ intersects with Tumblr’s role as a fandom hub. While fanfic and fanart are perfectly legal, this only counts if you’re not making money. If you try to make a profit, then you may face legal action. Copyright holders often turn a blind eye to visual art or physical items like costumes on Etsy, but for-profit fanfiction is a more perilous topic. If someone tries to monetize their Harry Potter fanfic on a public platform, J.K. Rowling’s lawyers may well come after them.

Some fanfic writers already earn money via commissions, particularly younger fans who don’t remember the bad old days of anti-fanfic crackdowns. However, these commissions are usually arranged in a quiet, under-the-table fashion rather than using public accounts on Substack or Patreon. Monetization is completely banned from the fanfic site Archive of our Own, protecting the platform from lawsuits. By comparison, Tumblr’s Post+ announcement directly references fanfic as monetizable content:

“Fear not, Tumblr will always be free to use, this is just an added, optional feature you can take advantage of to empower your favorite artists, fanfic writers, or maybe even that one mashup Supernatural/Studyblr blog you’ve been following since 2016.”

This was an immediate red flag for many users. If fanfic writers use Post+ to make money off copyrighted material, then they (or Tumblr itself) could face legal action. The Daily Dot has reached out to Tumblr to clarify the issue and will update this post when we hear back.

At the moment, Post+ is being beta tested by a small number of Tumblr users. It may well turn out to be a useful service for some creators on the platform, cutting out third-party fundraisers like PayPal. However, there are clearly some kinks to work out, which is why Tumblr is asking users to share their feedback on the service.

Update 7:02am CT, July 23: In response to concerns about copyright infringement, Tumblr published an update on the site’s official staff blog. “Fanfiction and fanart are frequently considered fair use and we support our Creators’ fair use rights,” the update reads. “Monetizing fan work does not necessarily mean that it isn’t fair use.”

The update goes on to explain that “Whether a piece of fanfiction meets the requirements for fair use varies depending on the work,” and it’s up to intellectual property rights holders to ask for unwanted content to be taken down. “Fair use” is determined by four factors, including the purpose and nature of the fanwork, and noncommercial fanworks tend to get much more leeway than commercial works.

This leaves Post+ users in an unprotected position. It’s difficult for a layperson to gauge what types of fanworks might be acceptable under fair use. Some copyright holders will also be far more stringent than others when it comes to protecting their IP, one obvious example being Disney.